Eboni K. Williams is a host on Fox News. She claims she is now receiving death threats following her criticism of President Trump following the Charlottesville, Virginia tragedy, where a white supremacist murdered a Black Lives Matter activist with his car. This happened at a “Unite The Right” rally on August 13th. The commie SPLC described it as the “largest hate-gathering of its kind in decades in the United States.” Radical groups from the far-left and the far-right attended, including the KKK, neo-Nazis, communists, Black Lives Matter, Antifa and white supremacists. No one was surprised at the violence… but it was sheer luck it was the white supremacists who scored first.

The protest came about after the left demanded the removal of the Confederate statue of General Robert E. Lee from Emancipation Park, formerly known as Lee Park. The communists have made it a top agenda item to remove all Confederate monuments across the country. Next in line are monuments dedicated to the Founding Fathers. This is part of rewriting history. It’s always a goal of communists to tear it all down and revise history to their liking. 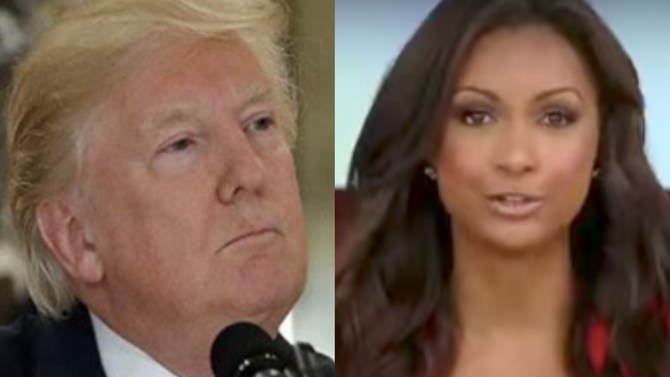 The protest attracted thousands looking to get their violence on. The whole nasty affair ended with one person being killed by white supremacist James Alex Fields Jr. and 19 being injured in the protest itself. It also resulted in the death of two police officers in a helicopter, who were surveying the protest.

As people lined up to condemn the killer and the alt-right, President Trump did the right thing… he condemned both sides for the violence that ensued. BLM and Antifa were fighting in the streets with the white supremacists and were just as violent. That wasn’t good enough, not only for the left, but for many on the right. They attacked President Trump for not solely condemning the white supremacists and their violence. Trump did specifically denounce them, but not fast enough for the left. Nothing would have been good enough or fast enough by the way.

Williams was quick to join the voices leveling criticism at Trump in her “Eboni’s Docket” segment on Aug. 14th, accusing him of failing to identify white nationalist groups in his condemnation of the violence. “When you don’t speak out and condemn, that’s tacit compliance in my book,” she said in an interview with Variety on Aug. 16th. “So whether President Trump approves of it actually, or actually wants it, I think is irrelevant because what we know is that these people think they are acting on behalf of the President of the United States.”

She pointed out that Trump’s supporters will never turn on him, no matter what. “I truly believe what he said, that he could shoot someone on Fifth Avenue and they will stand by him,” she said. “So I think that empowers him to actually forcefully reject and speak directly to the fears and the anger that’s driving this level of violence and white supremacy and Nazism, I think he can actually speak it down in an aggressive way and they will still support him,” she added.

That was a contentious thing to say on Fox News as they cater to many Trump supporters. Williams normally receives 10 to 15 emails after a show, but this time, she received over 150 emails. 147 of which were “seething, scathing” takedowns. One person wrote that she should “meet her maker soon,” and “shouldn’t be allowed to walk the streets of New York.” Another wrote, “Harlem needs to watch out.” That’s where Williams lives.

The publisher of her soon-to-be-released book, “Pretty Powerful: Appearance, Substance, and Success,” requested that additional security be provided to her by Fox News, which is now escorting her to and from the building when she arrives at work. No one should be threatened for having an opinion… even if you don’t like it. If this happened, I don’t blame her for being scared, but surely she knew there would be blowback after her comments on Fox News. We certainly live in violent and insane times. 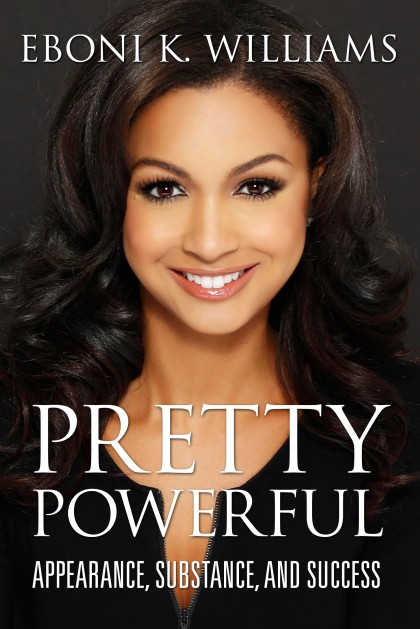