Gowdy CRUSHES Media On Wiretapping Investigation Like A BOSS [WATCH] 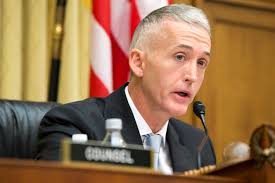 Trump’s claim that Obama wired the Trump Tower has led to an outburst of media. And it turns out the media isn’t exactly on President Donald Trump’s side on this one. *surprise*

But congressman Gowdy is not staying quiet about this one. He has a lot of pretty powerful things to say about it.

According to the Conservative Tribune[2] Gowdy had this to say:

“So with all due respect to the reporters, I can’t cross-examine anonymous sources. You can’t even directly examine them. It’s a lot easier to write a news piece than it is to conduct an investigation,” he continued.

“What Congress needs is access to the witnesses, access to the documents, and to understand that we don’t run parallel criminal investigations. We have a job to do, but it is not to investigate crime.”

Are you with Gowdy? Do you trust that Congress is better prepared to deal with investigations like this than the media and journalists are? Because on one hand I agree. The media is pretty corrupt and has not accurately portrayed so many things. But does that really mean we trust the government more?

Luckily, both sides are looking into the claim and we will hopefully get some clarification soon. At the very least, I am sure it will prove to make a more aware group of individuals moving forward.