The New York Times[1] is all upset over Fox News and Gen. Tony Thomas accusing them of leaking info that allowed ISIS leader Abu Bakr al Baghdadi to slip away. They are claiming it’s not true… I’m pretty darned sure it is true. ISIS is now broken and the Jihadists are scattering like cockroaches. But under the Obama administration, our troops caught the wife of ISIS oil minister Abu Sayyaf. She provided actionable intelligence concerning al Baghdadi and a lot of it. But somehow it leaked to the failing New York Times who ran with it and cost us a chance of taking out possibly the most wanted man on the planet. Well done New York Times.

The biased media is a monstrous national security threat anymore. They are not only anti-Trump, they are anti-police, anti-military and anti-rule of law. It’s out of control and has to be stopped. Trump wasn’t in office when this leak happened, but it goes to show how much harm the media has done over the years. That harm has resulted in the butchery of many people and has cost military lives. Their treachery is bottomless. 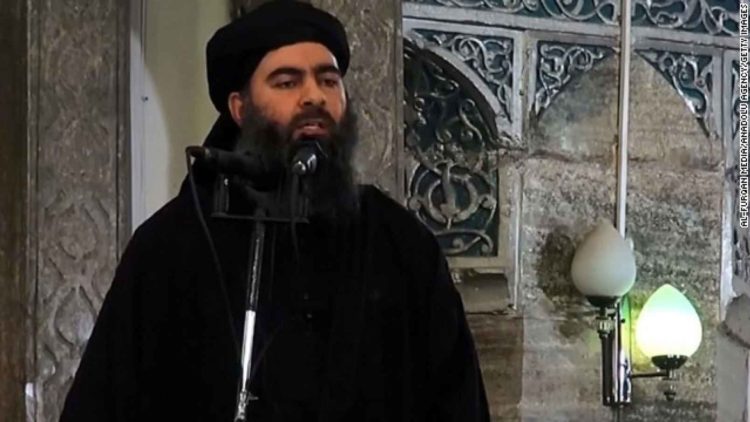 ASPEN, Colo. – ISIS in Iraq and Syria has been “dismantled,” with tens of thousands of its jihadist fighters dead, but a promising lead on its leader “went dead” after a media leak, according to a key U.S. military official.

“We have absolutely dismantled his network,” Gen. Tony Thomas, speaking of Abu Bakr al Baghdadi, said at the Aspen Security Forum. “I mean everyone who worked for him initially is dead or gone. Everybody who stepped to the plate the next time [is] dead or gone. Down through a network where we have killed, in a conservative estimate, 60,000 to 70,000 of his followers, his army.”

In a wide-ranging interview moderated by Fox News’ Catherine Herridge, Thomas, who leads the Special Operations Command, said his team was “particularly close” to Baghdadi after the 2015 raid that killed ISIS oil minister Abu Sayyaf. That raid also netted his wife, who provided a wealth of actionable information.

Rags like the New York Times will do anything and everything for a headline or clicks these days. They don’t give a damn who they hurt or imperil. There used to be some semblance of journalistic ethics and honor where you took into consideration the consequences of your actions and your reporting. But not anymore. Like Daniel Greenfield over at FrontPage Magazine says, “It’s a long way from the headquarters of the New York Times to the men on the ground risking their lives in Iraq or Syria. It’s a long way from the Yazidi victims of ISIS to the media. And so it goes.”

The American public has a right to be informed, but not when it puts at risk our national security. I shouldn’t even have to point that out. The New York Times did this report in June of 2015. It detailed how American intelligence agencies had “extracted valuable information.” That cost the military a critical lead and set us back tremendously. ”New insights yielded by the seized trove – four to seven terabytes of data, according to one official – include how the organization’s shadowy leader Abu Bakr al-Baghdadi, operates and tries to avoid being tracked by coalition forces,” the Times reported. That was just enough to tip him off and he ran. Thomas also pointed out incorrect reporting by the Washington Post.

At some point, these leftist media outlets are going to have to be reigned in. They’ve crossed the line from freedom of speech into subversion.