Monday, just one day after the presidential debate where Bill Clinton’s former alleged victims were present as guests of Donald Trump, “The View” harpy Joy Behar cackled that Hillary Clinton should have responded to their presence by saying, “I would like to apologize to those tramps that have slept with my husband.” The backlash was swift: people immediately criticzed Behar for calling women who say they were victims of rape and sexual assault “tramps.” Juanita Broaddrick and Paula Jones both personally lambasted Behar[1] for the unacceptable insult. 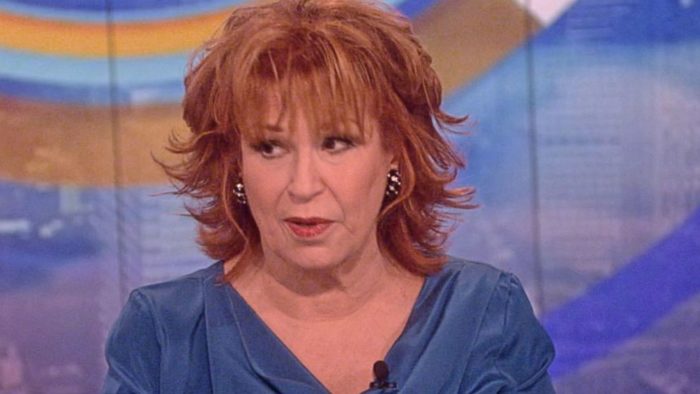 On The View today Joy Behar referred to Bill Clinton's victims as "tramps"- shame on you Joy – shame on you.

Did you call me and @atensnut[4] @kathleenwilley[5] a tramp? @JoyVBehar[6] we demand an explanation, NOW!

The controversy started after Donald Trump held a press conference before the debate. Present were Jones, Broaddrick, Kathleen Willey and Kathy Shelton. Shelton was the child who was raped and was the subject of the now-infamous tapes where Hillary Clinton can be heard laughing about how she was able to discredit Shelton and get Shelton’s rapist to go free… despite knowing that he was guilty. Willey is another woman who claims that she was sexually assaulted by Bill Clinton.

At first, Behar remained obstinate, but ultimately, she was forced to apologize the very next day. “I want to apologize,” she said on “The View.” “I never, ever intend to belittle sexual assault and the women who are victims of it, ever. I made a joke. I’m sorry.”

That apology is likely too little, too late for these women who were subjects of Behar’s vitriol.