The anonymous sources are back at it again, this time telling Brian Williams that they aren’t sure whether Trump knew that we had American troops in Qatar. That’s right, unnamed sources not knowing something is news. God bless America.

I guess the most ironic part of this whole thing is that the King of Fake News is the one reporting this, as if he has any credibility whatsoever. 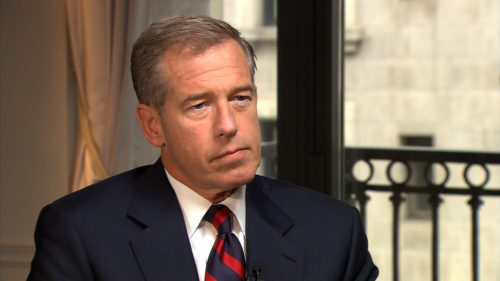 Kyle Griffin, producer at MSNBC, tweeted about the “revelation.” 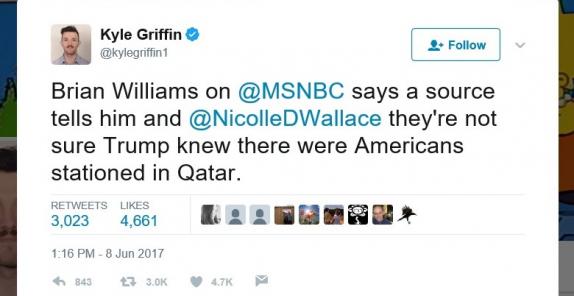 Well, except those facts prove otherwise.

Naturally, the White House is not exactly please with this kind of fake news.

“This was irresponsible and lazy ‘reporting’ that shouldn’t have happened given that the actual facts were readily available,” said WH spokesman Michael Short in an email to Newsbusters[3].

They didn’t even take the time to peruse their own files to make sure that this “anonymous source” was accurate? How desperate do you have to be to take someone at their word without doing even an iota of research? That’s not journalism, that’s using whatever is at your disposal (including “alternative facts”) to make the President of the United States look stupid. Of course, whenever you’re so mindlessly vindictive, you may find yourself pulling a Brian Williams and making yourself look like an idiot in the process.

If Trump is as stupid and horrible as the media seems to think he is, why would they have to resort to posting inaccurate information to take him down? Why would they not just have to report what he actually does and says? Could that be because he isn’t what they’re trying to make him out to be? Hmmm.