Koppel To Hannity: ‘You, And Hosts Like You Are Bad For America!’…There’s Just One HUGE Problem! [VIDEO]

If you didn’t catch this last Sunday’s “CBS Sunday Morning,” then you didn’t catch the laser beams being shot from Ted Koppel’s eyes towards Sean Hannity. It was tense, to say the least, but it also involved some really good entertainment[1], as well as proof to that fact that journalism as it stands today, is largely full of lies and agendas.

Koppel’s story was about his description of a momentous political divide which is facing the United States at this time, to which he also believes to be a grave and possibly harmful problem. When it hit the interview portion of the show, Koppel had on Hannity from the Fox News’ studios…With a little time, things started to get heated and one of these two completely calls out the other! 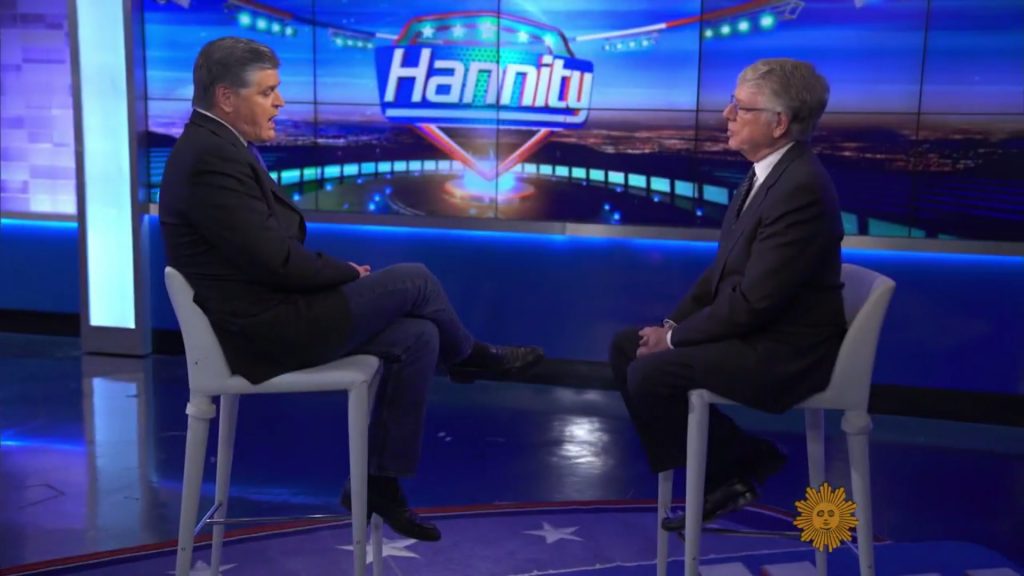 Koppel threw some pretty heavy charges against Hannity and others like him (basically, new opinion shows). But to that, Hannity responded:

“We have to give some credit to the American people that they’re somewhat intelligent and that they know the difference between an opinion show and a news show. You’re cynical.”

Hannity, did not like the way CBS handled the end product of the heated debate and claimed that his points were edited out of the final showing. He had given Koppel many pointed reasons why he said and believed that “journalism is dead” and that “liberalism has failed.”

Fake "edited" news. I gave a example after example of why I say "journalism is dead". I also gave many examples of how liberalism has failed https://t.co/prynzE2yLQ[3]

Hannity also called out CBS News to release the total interview so everyone can see the truth of the interview, which he claims was at least 45 minutes.

"Fake Edited News" @CBSNews[5] release the Unedited 45 minute interview so people can see the BS games you play in the edit room. I dare you! https://t.co/prynzE2yLQ[3]