‘The Late Show’ Host Corrects Cheering Audience After He Announces Comey Being Fired – ‘No Trump Did It, Not Good!’ [VIDEO]

Late Show host Stephen Colbert showed his propaganda side when he was caught off guard[1] on Tuesday when his audience cheered boisterously as he shared with them the news that President Donald Trump had fired FBI Director James Comey.

Obviously, we can all see a slip up on the show, as the left-leaning Colbert fans were not made privy to the game that was about to be played by Colbert and the select ‘handlers’ on the left. Democrats had been for months calling for the resignation of Comey over what they perceived as a sabotage against Hillary Clinton that cost her the election. What the idiot Democrats can’t get through their heads is that their candidate was more hated than Donald Trump.

Obviously, Colbert was trying to goad his sheep-bawling, soft headed audience into booing the news, as he saw it as Trump going for a cover-up and abuse of his power. Well, the audience didn’t catch on…at first. 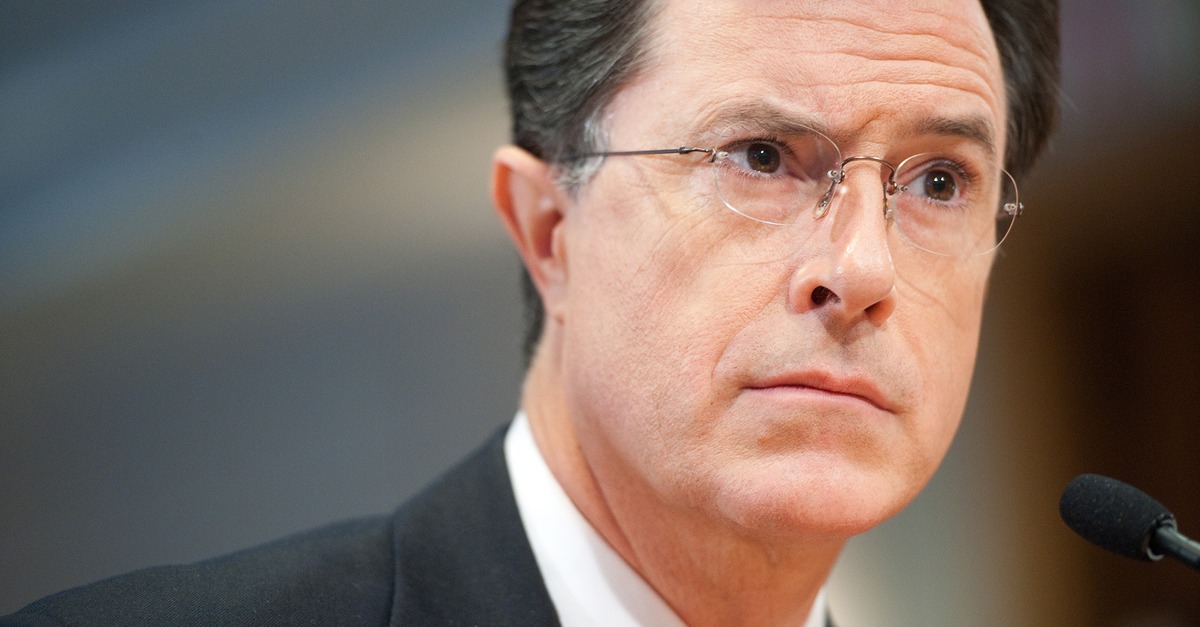 Presumably, the left-leaning audience thought this was positive news ever since Comey angered Democrats with his late-October letter to Congress announcing the discovery of emails related to Hillary Clinton’s email scandal. Clinton herself has cast blame on Comey for costing her the election.

Colbert has been using his show to display trigger-happy “resistance” to the President and he no doubt expected his audience to back him up this time around. They eventually did…only a few minutes later, after Colbert had to feed them on what they should be booing about.

In John Hawkins’ new book, ‘101 Things All Young Adults Should Know’, he teaches in number 17, “If you want to know what a person really believes, watch their actions.” Do you know what the average liberal believes? Nothing. They need to be told what to believe, without any research of their own. As we all can plainly see, the left is so twisted in their ideals, they don’t know what to believe.