LOL! Asshat Don Lemon Tries To BURN Trump Then Learns The Joke’s On HIM! [VIDEO]

President Trump gave the best speech[1] I’ve heard since Reagan this week. But you wouldn’t know it to listen to the likes of asshat extraordinaire Don Lemon. He doesn’t believe that Trump is smart enough to have written his own speech. I think there is an excellent chance he did as it was vintage Trump and there was no hesitation in the speech. It was totally natural. It is offensive for Lemon to insinuate that a sitting President of the United States doesn’t have brains enough to write a speech.

Of course, this is CNN we are talking about here, so this is really no surprise. They have let their hatred for Trump overshadow anything that even remotely looks like journalism. And most of them were liberal nut cases to begin with. Trump winning just sent them over the edge. Don Lemon couldn’t write his way out of a paper bag. He’s an awful journalist/reporter. The one thing he excels at is getting drunk on New Year’s Eve. So, he has zero credibility when he questions the mental acuity of someone who was a successful billionaire and businessman BEFORE he was elected President. 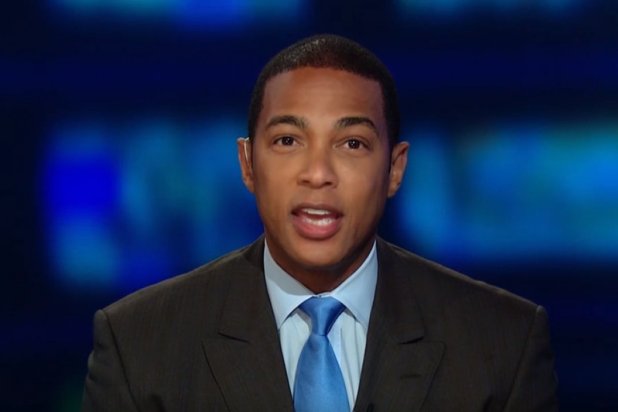 Early Wednesday morning, CNN Tonight host Don Lemon descended into the gutter by suggesting that President Donald Trump had no role in writing his speech to Congress because it sounded as though it was “written by a college student for someone else trying to use big words” Trump wasn’t smart enough to understand.

Of course, as some might remember, this is the same CNN program that the President called out[4] during his marathon February 16 press conference as being devoutly anti-Trump.

Well, you look at your show that goes on at 10 o’clock in the evening. You just take a look at that show. That is a constant hit. The panel is almost always exclusive anti-Trump. The good news is he doesn’t have good ratings. But the panel is almost exclusive anti-Trump. And the hatred and venom coming from his mouth; the hatred coming from other people on your network.

Back to the present, Lemon arrived at this conclusion on Trump’s intelligence after realizing that he had a “Nixon versus Kennedy television moment tonight because…if you listen the speech, it sounds much different than if you’re looking at it on the television.”

Liberals inherently think they are smarter than everyone else. They are elitists and just downright mean. No wonder Trump calls them liars and despises them. The rest of America does too and you can tell by their ratings… CNN is trending lower than MSNBC. That’s beyond pathetic.

And the speech Lemon claims sounds much different when you don’t watch it… comparing it to Nixon and Kennedy. Don, that’s because you were probably sloshed and frankly, your IQ is in question here. He puts forth that Trump didn’t really resonate with his own speech: “It sounds like a speech that was written for someone that he was reciting, and there were some big words and phrases that I don’t think that he actually connected to if you just listened to the speech.” That’s bull crap and he knows it.

I’m sick to death of the disrespect and vileness of the left. They are digging themselves an ever-deeper hole here. Former Obama aide Jen Psaki agreed that “[i]t didn’t sound like his voice” and this propelled Lemon to further explain that when you look at the last two Presidents (George W. Bush and Barack Obama), each man’s off the cuff remarks were always similar to how they spoke when they had prepared remarks. Really? And we all know how trustworthy Psaki is. They are being deliberately selective and subjective. Why? Because the speech that President Trump gave should scare the crap out of them. It was quintessentially presidential and if he sticks to it, he’ll serve eight years, not four and will destroy Obama’s legacy once and for all.