After all that Fox News[1] has been through and how they’ve been maligned and trashed on major media networks, I find this VERY interesting. CNN is being sued by more than 100 employees over racism charges. How come that isn’t in the news, hmmm? 175 current and former employees have contacted lawyers about joining the current case against CNN.

The attorneys also write that many of the potential members recently coming forward are within the administrative process at the Equal Employment Opportunity Commission and are awaiting their 90-days right-to-sue letter. So, there could be many more joining this particular bandwagon. People are alleging incidents of behavior easily as vile as former Fox boss Rogers Ailes’ penchant for asking female employees to ‘give me a spin’, even if not nearly as widely known. Although I assume they are race based and not sexual harassment. Last time I checked the racism lawsuit at Fox News had about 13 people involved. Not good… but pales in comparison with CNN. 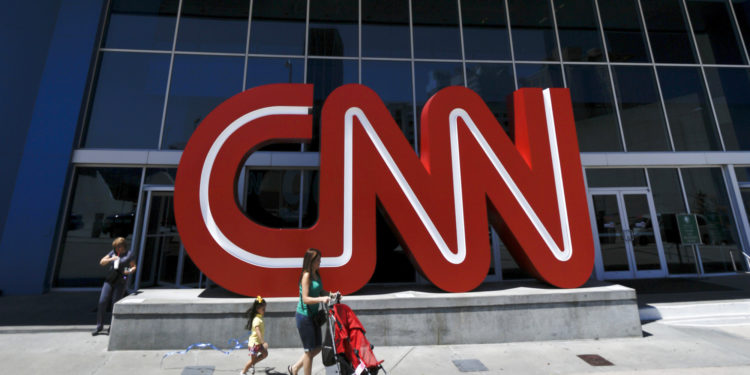 In September of 2015 presidential candidate Donald Trump sat down with Don Lemon who said “Some people might perceive you as racist. Answer that.”

Perhaps Lemon should ask his supervisors and colleagues at CNN to the same perception.

While it has not been nearly as widely reported as all the mess Fox has suffered over the past few years, CNN is currently facing a massive lawsuit based a over 100 charges of racism.

According to the Daily Wire[3]

The class-action suit has been growing by leaps and bounds ever since it was first filed in December. Now, some 175 current and former employees have contacted lawyers about joining the case.

According to the Hollywood Reporter[4], the number of people joining the lawsuit may continue to increase, incredibly.

According to a plaintiffs’ motion to amend that was filed March 23, “Since the filing of this action, counsels for the plaintiffs have been contacted by more than 175 people, both former and current employees of the Defendant, requesting to be members of the putative class action, all having similar complaints of intentional racial discrimination, discrimination impact and discriminatory practices employed by the Defendants.”

The lawsuit states that CNN’s Atlanta headquarters is rife with racism. Comments such as “It’s hard to manage Black people” and “Who would be worth more: Black slaves from times past, or new slaves?” are said to have been used against minority employees. If that’s a joke… it sure isn’t funny and will definitely get you sued these days. I think this lawsuit actually began in December of last year. But not a peep about it.

Several employees are claiming minorities there are paid thousands less than their white counterparts and when they question that situation, they are fired for it. So, while CNN is tar and feathering Fox executives and hosts, they might want to get their own house in order first. Just sayin’.