Ibtihaj Muhammad is an Olympic athlete, famous for being the first female Muslim-American to win a gold medal for the United States. Then, in an interview with PopSugar, she explained that she had been detained in an airport by customs officials with no explanation, “a few weeks ago.” The media quickly ran with the story, blaming Donald Trump’s travel ban… but was that really what happened[1]? 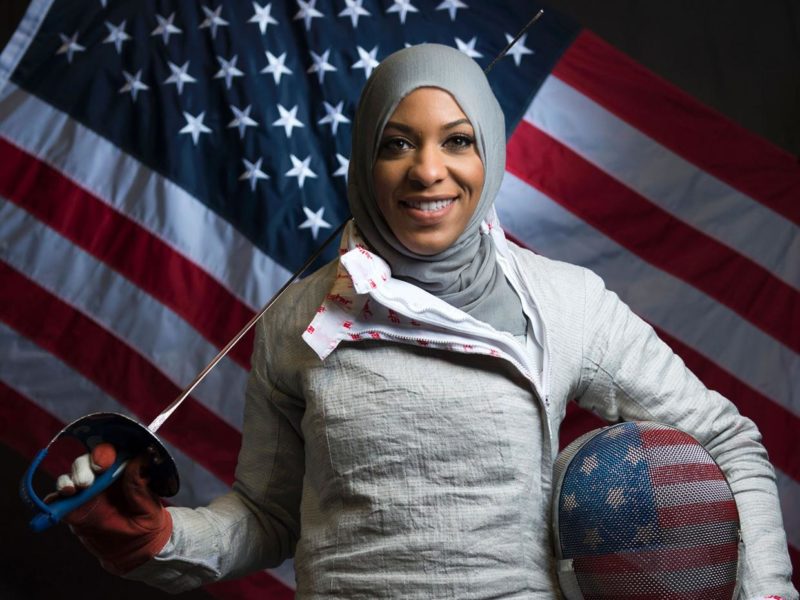 Multiple media outlets claimed that Trump was responsible for Muhammad’s detention, with the New York Daily News saying it “illustrates why Trump’s Muslim ban is not who we are as Americans.” There was just one problem, though: Muhammad’s detention took place in December, while Barack Obama was still president. Trump’s travel ban wouldn’t be instituted until weeks later. Muhammad herself pointed out that the incident happened in December, but the media, as usual, ignored that fact:

Thanks to all who reached out regarding the December incident at customs. I will continue be a voice for all impacted by profiling & bigotry

According to an anonymous customs official, Muhammad also wasn’t specifically targeted for detention. “She wasn’t targeted,” the official said. “The checks are totally random, random checks that we all might be subject to.” There are also some discrepancies about the length of time Muhammad was detained for.

“Well, I personally was held at Customs for two hours just a few weeks ago,” Muhammad said in the interview. “I don’t know why. I can’t tell you why it happened to me, but I know that I’m Muslim. I have an Arabic name. And even though I represent Team USA and I have that Olympic hardware, it doesn’t change how you look and how people perceive you.”

The customs official, however, claimed she was only detained for an hour.

Whatever the actual timing of the incident was, the more salient point is how the media was so eager to run with a story without getting all of the facts. Muhammad was detained, something that would likely upset any American and it’s not surprising that she would believe she was targeted for being Muslim. However, in this specific case, it’s not Trump’s fault — it’s Obama’s and the media should have been honest and pointed that out.