Boy all this trouble simply because Trump stood up for himself and people take themselves WAY to seriously. I mean, after all the death threats and twisted hatred the left has been feeding Trump, they think he should just bend over and take it[1]?

Trump is simply exhibiting normal human behavior. When slandered, ridiculed and lied about, 99.9% of humans will fight back; this is called “survival instinct,” Trump is a survivor. The leftist savages don’t like their vile rhetoric shoved back in their faces, too bad.

Leftists are typical bullies, they can dish it out, but when it comes to taking responsibility for their horrific behavior, they have a glass jaw.

They curl into the fetal position and beg for forgiveness, even if they didn’t do anything wrong. It’s instinctive in the RINO species.

They don’t want to cover anything favorable about Trump, since their coverage is 93% unfavorable. Their heads will explode if Trump tweets about the improving economy and can’t avoid covering it. Which is exactly what Trump is getting at here… 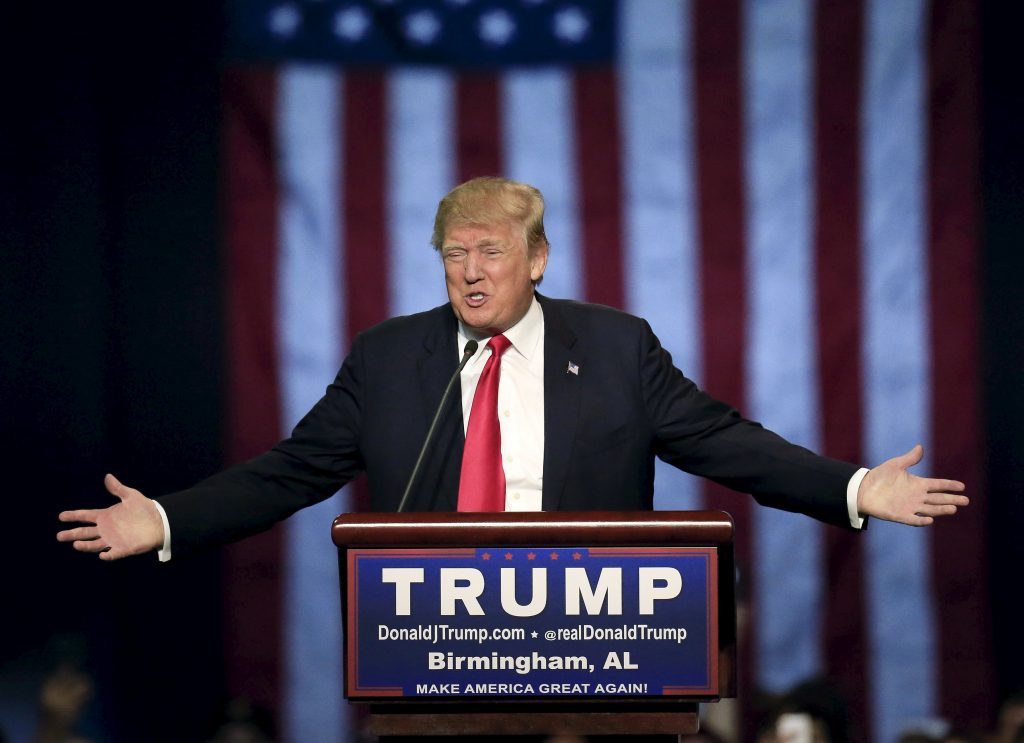 Trump tweeted: “At some point the Fake News will be forced to discuss our great jobs numbers, strong economy, success with ISIS, the border & so much else!”

At some point the Fake News will be forced to discuss our great jobs numbers, strong economy, success with ISIS, the border & so much else!

Trump declares the press will be "forced" to cover his achievements. What First Amendment? https://t.co/3cXvcV63ju[4] pic.twitter.com/J1mOUF4TSs[5]

A contributor to the New York Times and New Republic wrote, “Interesting choice by Trump to use the word ‘forced’ the day after sharing his fantasy of assaulting a news network.” An NBC News editor emphasized Trump’s use of the words “will be ‘forced’ to.”

Interesting choice by Trump to use the word "forced" the day after sharing his fantasy of assaulting a news network. https://t.co/ql65wgAwT9[7]

With every MSM lie, fabrication and panting outrage, the Press DE-LEGITIMIZES ITSELF; Trump is CRUSHING the MSM as a result.

To the MSM, “freedom of the press” means “freedom to lie without objection” …

Trump has never threatened “freedom of the press”; he threatens “lying of the press” done on behalf of their masters in The Party Of Slavery.

Democrat HS is being cast aside each day by a methodical, orderly Trump team.

Will the press confine itself to the truth, or will they burn out to a crispy insignificant crumb? My bet is on burn out … they know nothing else, having been successfully lying for so long.

If the MSM thinks Trump is an anomaly, a one of a kind, THEY ARE WRONG. Trump is laying the template for GOP leadership for many decades… the MSM as the mouthpiece for the Party Of Slavery is OVER.

These arseholes in the MSM still think they are in charge…reminds me of CNN on the last hour of election night….PANIC.

But I guess we should be careful…”booming” has a frightening connotation to it….especially when referring to Trump, right? Nope.

Bottom line is, the truth scares liars…that’s how you sniff them out. With the truth.