MUST WATCH: YouTube’s BIGGEST Star Calls Out FAKE NEWS to Your Kids in GROUNDBREAKING Video

Poor PewDiePie, he does not deserve this nonsense. Certainly word has spread about the mega-YouTube star. He is a 27 year-old Swedish man that makes videos… for the most part, it is playing video games and he is hilarious to watch. 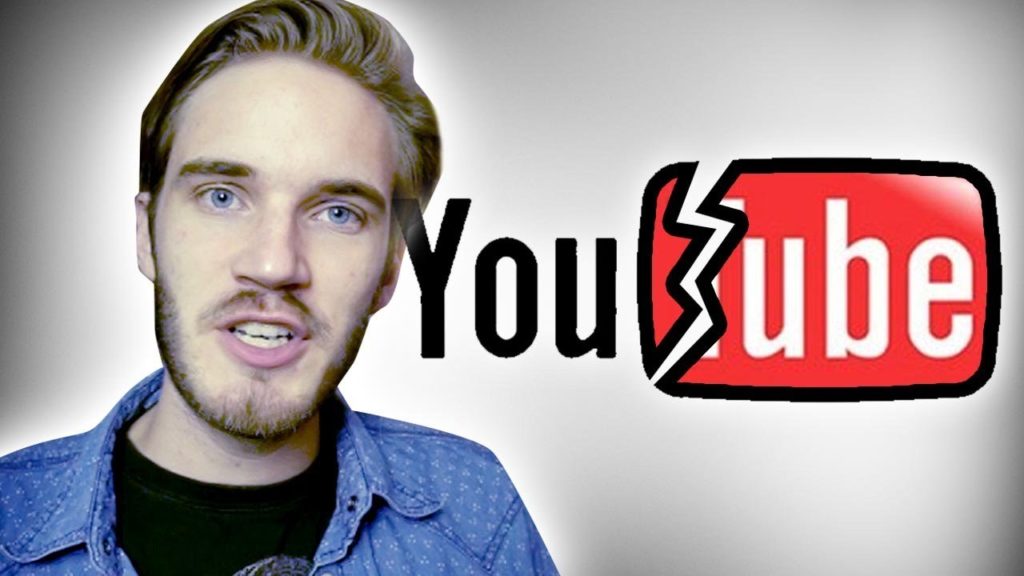 For almost 6 years now, he’s been doing this and has been the top YouTuber over and over again because of the content he creates for his viewers. His subscribers reached 54 million on YouTube, which made him the most popular content producer on the entire website.

He has earned millions of dollars and his fans are loyal, dedicated and very passionate about his video content, and he has created a brand that has skyrocketed to the top, setting a trend for other YouTubers to follow.

This week however, he is making headlines for other reasons. The Wall Street Journal has accused Kjellberg of being something that he is not… an anti-Semite.

This was their headline:

This disgusting and very scathing report has now led to a slew of other articles taking a stance against this YouTube gamer and content producer.

Here is another ridiculous headline:

The title has since been changed to: “PewDiePie’s Fall Shows The Limits Of ‘Lol Jk’”

WSJ reported that since August 2016, Kjellberg has uploaded nine videos that contain Nazi imagery as well as anti–Semitic messages.

The two most significant pieces of evidence that the reporters gave included two men laughing while holding up a banner that read “Death to all Jews,” and another where Jesus says, “Hitler did absolutely nothing wrong.”

The article also claimed that Kjellberg’s joke gave legitimacy to hate groups online and that these videos are normalizing racism and anti-Semitism.

WSJ took this “evidence” to YouTube and Kjellberg’s sponsor Disney and asked for comment. As a result, Disney’s Maker Studios was forced to make a decision: stand by their biggest star or drop him.

So, they threw PewDiePie under the bus and canceled all upcoming projects with him, like spineless cowards. They knew damn well he wasn’t who the media was claiming him to be…but were too weak to stand up for the truth.

This is what the cowards said about it:

“Although Felix has created a following by being provocative and irreverent, he clearly went too far in this case and the resulting videos are inappropriate.

Maker Studios has made the decision to end our affiliation with him going forward.”

In reality, Kjellberg’s jokes were aimed at showing just how ridiculous the Internet can be and that people will do just about anything for five measly dollars. People on the website Fiverr, for example, are often willing to create offensive or hateful things for very little money.

What seemed to bother Kjellberg most about the WSJ article was their use of an out-of-context screenshot. In the image, he can be seen pointing to something off screen, but WSJ made it seem like he was performing a Nazi salute.

Immediately, Kjellberg went on the defensive. He even admitted that he took the joke too far in a Tumblr post:

“I think it’s important to say something and I want to make one thing clear: I am in no way supporting any kind of hateful attitudes.

I understand that these jokes were ultimately offensive.

As laughable as it is to believe that I might actually endorse these people, to anyone unsure on my standpoint regarding hate-based groups: No, I don’t support these people in any way.”

Since this sickening betrayal against truth took place, something fascinating has happened…

As soon as the lies began to circulate, the family he had built on YouTube has begun to rally around Kjellberg and has started to push back against the lies and twisted truths that are trying to claim he is anti-Semitic.

As they should be… he has been creating fresh new content for them from day one and has always kept them first no matter how much growth in popularity or riches he has received. 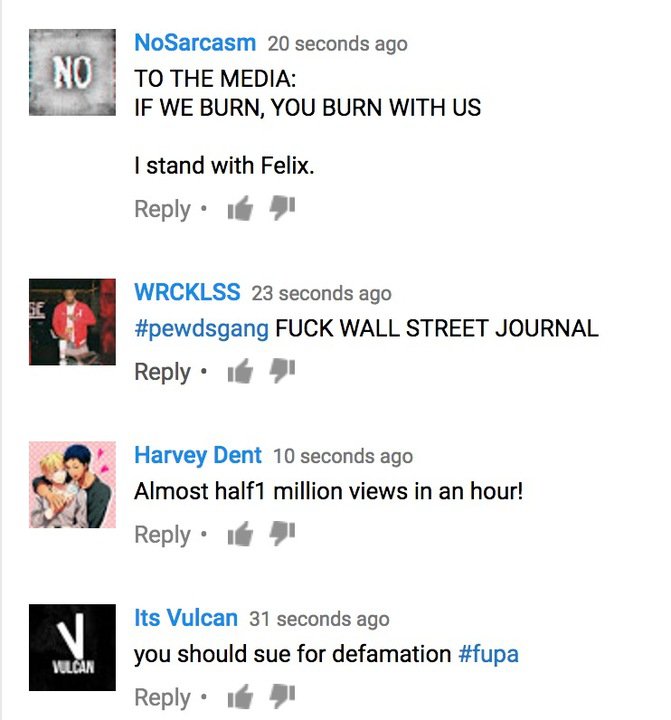 There is another plus to this…as we all know, media has become something it is not meant to be. Truth to lies, direction to deceit, they are nothing that they are supposed to be.

Now because of this, it appears the young people who support PewDiePie are starting to see the truth about the media and are regarding the media now under a very negative light.

This…is a good start to the future.

For more on PewDiePie read here[4].

Prayers and best wishes for the both of them. Media sucks.

And though these two figures couldn’t be any more different, they both have been faced with, in their eyes, a seemingly hostile media landscape that wants nothing more than to see them fail.

While WSJ stands by their reporting, Kjellberg had one last thing to say to them and the rest of the media trying to take him down: