James O’Keefe is going the WikiLeaks route.[1] He has gotten a hold of 119 hours of audio from CNN from 2009. Now, he’s asking Americans to help him out by going through the raw audio and transcribing it. That will help him and his team ferret out the hijinks going on behind the scenes at the media giant that President Trump has labeled, ‘very fake news’. I have no idea if there is anything damning in the audio at O’Keefe’s site… Project Veritas[2]. But there will be a lot of people eager to find out and break a story. I’d say the hunt is on.

Between those such as James O’Keefe and Trevor Loudon[3], I imagine a lot of people and their dirty laundry are going to be uncovered this year and it should be. Turn about is fair play. CNN has been manipulating our news for years and playing us for fools. Now, maybe we’ll get to see what they really think (not that we don’t already know). After going after ACORN, the Democratic Party, voter fraud and other issues… O’Keefe is now focusing on the media and it should be very interesting to say the least. 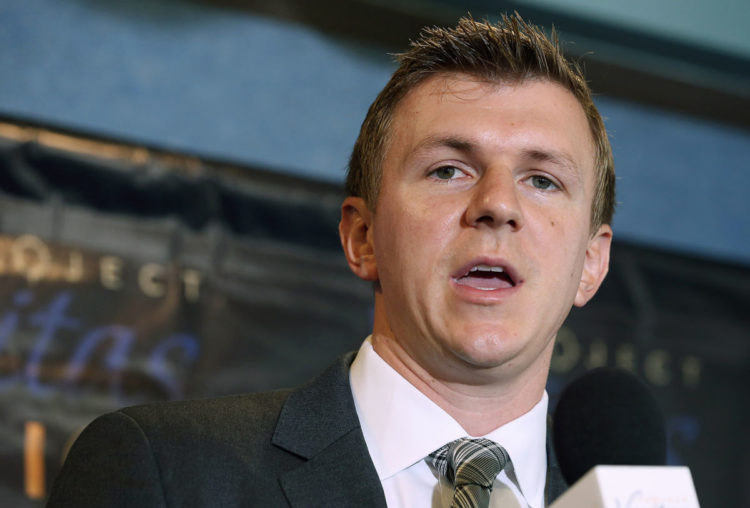 From the Washington Examiner[5]:

Conservative sting activist James O’Keefe on Thursday released 100 hours of audio of CNN employees that surreptitiously recorded in 2009 and provided to his organization from an anonymous source.

O’Keefe said he has not edited the audio and is calling on the public to sift through it to find controversial pieces within it. It’s posted at his Project Veritas website.

In one of the clips O’Keefe featured in a tease for all the audio, Richard Griffiths, who is now CNN’s vice president and senior editorial director, is heard describing his philosophy on journalism.

“Aid the afflicted and afflict the comfortable. To a degree, right?” Griffiths says, citing a common journalism trope. “Is that not part of the traditional role of a journalist? It’s actually one of the things I can be most proud of as a journalist.”

In another clip, Joe Sterling, who at the time worked as an online editor for CNN, is heard saying “there is no debate” over the science on climate change[6] and he likens it to “born-agains” who say there remains a debate over creationism.

The media wouldn’t be viewed or treated like the enemy if they didn’t play the part so well. Well, now the hunter is the hunted and they’ll get a taste of their own medicine. And there is more on the way to be released. Evidently, there is an anonymous source at CNN and they are feeling like they want some ‘transparency’ in media[7]. They are claiming that so far on the tapes, a displayed hatred for Fox News and the manipulation of polling data to influence the public has been uncovered. The source is a CNN insider who apparently grew frustrated with the perpetually biased reporting of the “fake news” media outlet. Wanna bet they are a Trump supporter?

CNN’s bias for Obama and abject hatred of President Trump is blatantly obvious. There is an open war between them and the White House these days. And with the American people for that matter. The full 119 hours of audio footage will eventually be available here[8]. You may have some issues as traffic is exceedingly high on the site. Keep trying. Meanwhile, noting that this is just the “beginning of the end for the MSM,” O’Keefe also announced that he will pay a $10,000 award to anyone who comes forward with legally obtained audio or video footage exposing media malfeasance. Let the games begin and good hunting!

If you are an employee in a newsroom and hear or see something unethical, record it. If it's good enough I'll pay you $10k. #cnnleaks[15]

I want to start exposing the media and their flaws. This is the beginning of the end for the MSM. And it starts today. @CNN[9]

Have video inside a newsroom? I will go to jail to protect your name. We will defend you. Come to me. Come to us. I will protect you.

Just received confirmation that @realDonaldTrump[19] has seen and heard about the @Project_Veritas[20] @CNN[9] leaks. He said "that's so cool"!