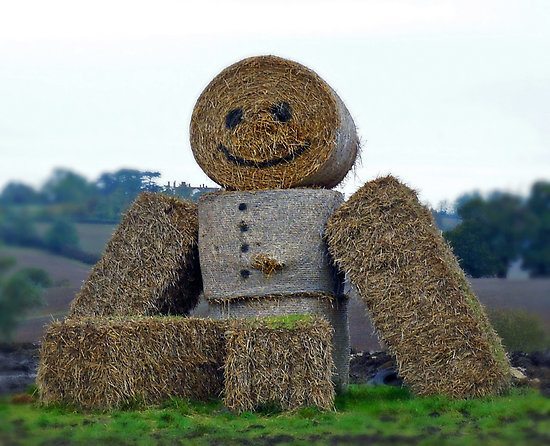 This is super serious, you guys! Top officials of countries have never discusses attempting to influence people in foreign nations!

American spies collected information last summer revealing that senior Russian intelligence and political officials were discussing how to exert influence over Donald J. Trump through his advisers, according to three current and former American officials familiar with the intelligence.

The conversations focused on Paul Manafort, the Trump campaign chairman at the time, and Michael T. Flynn, a retired general who was advising Mr. Trump, the officials said. Both men had indirect ties to Russian officials, who appeared confident that each could be used to help shape Mr. Trump’s opinions on Russia.

Some Russians boasted about how well they knew Mr. Flynn. Others discussed leveraging their ties to Viktor F. Yanukovych, the deposed president of Ukraine living in exile in Russia, who at one time had worked closely with Mr. Manafort.

The intelligence was among the clues — which also included information about direct communications between Mr. Trump’s advisers and Russian officials — that American officials received last year as they began investigating Russian attempts to disrupt the election and whether any of Mr. Trump’s associates were assisting Moscow in the effort. Details of the conversations, some of which have not been previously reported, add to an increasing understanding of the alarm inside the American government last year about the Russian disruption campaign.

But, um, see, there’s a problem

(Daily Caller[3]) The New York Times dropped another “bombshell” report on Russian influence on the 2016 election Wednesday, and once again what is presented as salacious news in the headline and lead is revealed to be anything but midway through the report.

“Months before the election, U.S. spies learned that top Russians had discussed ways to use Donald Trump’s advisers to influence him,” reads the headline blasted by TheNYT in a breaking news email. The story is clearly meant to further the “Trump colluded with Russia” narrative the media has pushed for months, although it’s as yet totally unsubstantiated.

TheNYT lead builds an atmosphere of wrongdoing[4] around Trump and his campaign aides using important sounding buzzwords and phrases. “Spies” and “revealing” information and big-time Russian officials who “exert influence.” It’s quite official sounding and obviously intended to sow suspicion.

But the (few) readers who make it to the fifth paragraph and are paying attention will realize there’s not actually much meat to the report. That paragraph hedges on the information collected by the spies, and notes the reporter has no real clue whether Russian officials actually made any attempt to influence the Trump aides in question. Oh yeah and the Trump campaign as well as both aides have consistently denied the longstanding accusations of collusion with Russia.

It’s the 3 paragraph and/or 30 seconds rule of the Internet: people tend not to make it past those two metrics.

“The information collected last summer was considered credible enough for intelligence agencies to pass to the F.B.I., which during that period opened a counterintelligence investigation that is ongoing,” the paragraph reads. “It is unclear, however, whether Russian officials actually tried to directly influence Mr. Manafort and Mr. Flynn. Both have denied any collusion with the Russian government on the campaign to disrupt the election.”

What this report really boils down to is the “revelation” that senior Russian officials are interested in influencing important U.S. actors, and that American spies are mostly sure they had a conversation about it. Maybe newsworthy, but hardly a bombshell.

This is a constant among all the breathless news reports from the leftist media, with doomy headlines, salacious first couple of paragraphs, then a big letdown later in the article. There’s nothing that shows illegality among Trump associates, and the Russians were looking for influence because Putin wanted payback against Hillary and Obama. After all these months and months of accusations and there’s still no proof of illegality.