Milwaukee County Sheriff David Clarke, often referred to as “America’s sheriff,” is reportedly going to be joining the Trump administration soon. So of course, right on cue, the mainstream media is going after Clarke and digging through his closet in an attempt to find skeletons. And now, Clarke is firing back[1]. 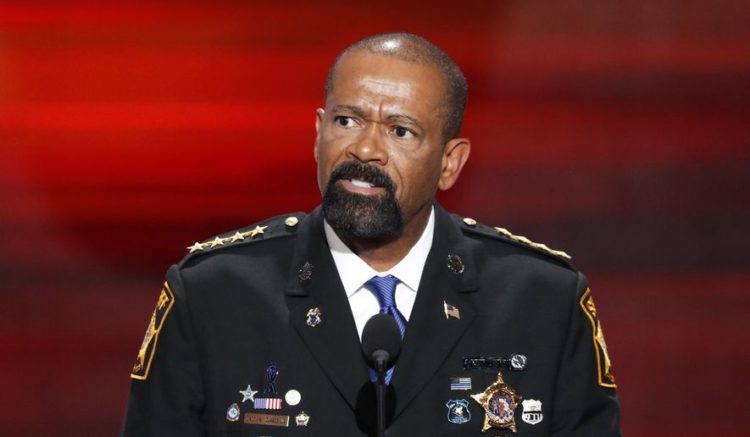 CNN editor Andrew Kaczynski claimed that Clarke plagiarized parts of his Master’s thesis while studying at the Naval Postgraduate School in California. The thesis, published in 2013, was written on the subject of United States security and Kaczynski claims that there are 47 instances where Clarke does not give proper attribution to sources. He said that Clarke “lifts language from sources and credits them with a footnote, but does not indicate with quotation marks that he is taking the words verbatim,” which is a violation of plagiarism standards at the Naval Postgraduate School.

Clarke responded harshly, calling Kaczynski a hack, and pointing out that accusations of plagiarism have become the so-called journalist’s M.O.:

This @CNN[3] hack @KFILE[4] oppo research MO is to accuse plagiarism. I'm next. Did it to Rand Paul, Monica Crowley et al. https://t.co/KgoHKermpe[5]

Lt. Cdr. Clint Phillips also responded to the accusations with a statement. “Like all academic institutions, the Naval Postgraduate School takes the integrity of our students’ work very seriously, perhaps even more than our peers given the unique nature of our mission and student body,” it read. “Standard procedure to any formal accusation of plagiarism is to pull the student’s thesis, and perform an investigation into the validity of the claims. The university’s academic conduct code, and our procedures in checking for plagiarism at the time of thesis submission, and following graduation, can change from year to year. In this particular case, we would be unable to determine any violation until the full investigation is complete.”

While Clarke is a registered Democrat, his tough talk on crime and frequent conservative stances have endeared him to those on the right.

Do you still support Sheriff Clarke?