Don Lemon apparently has no conscience. In fact, it appears he sold his soul to the devil long ago, because he just made a total fool of himself to cover up, or rather hide the truth from Americans, by simply not reporting it. Well, not reporting it and then trying his best to make it look like it was a waste of our time… 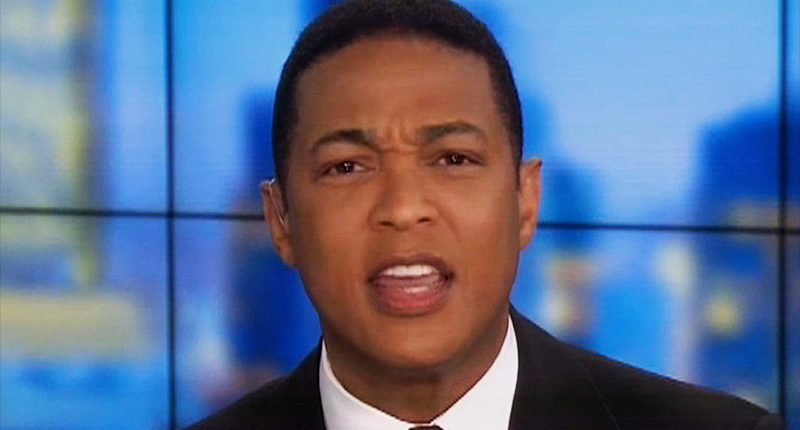 Just this past Tuesday, Fox News held a broadcast on the “Tucker Carlson Tonight” show and Tucker Carlson took this chance to call out one of his cable news rivals…

For what I think is a very good reason.[2]

But I’ll let you be the judge of that. Check out this segment that started it all:

As you might just recall, it has been reported that a former National Security Adviser was found to had requested the identities of Trump transition team members from raw intelligence.

Then CNN’s Don Lemon had the audacity to announce that he refused to “insult the intelligence” of those that view his show by discussing the details of the story.

Lucky for us, Tucker Carlson isn’t one to let people take a dump wherever they choose and he called Don Lemon out on it…it was beautiful.

Having already taken the entire network of CNN and the rest of the media to task over the way it handled its coverage — or non-coverage — of the Rice revelations, Carlson welcomed on conservative political commentator Mark Steyn to talk about the whole thing.

After Steyn noted that there is likely no evidence of “meaningful collusion” between the Trump campaign and Russia because it would have been leaked by now, Carlson took aim at Lemon and CNN.

“Have you noticed how the boundary markers have changed?” Carlson asked.

After quoting what Lemon said Monday night when the CNN host noted that “there was no evidence whatsoever that the Trump team was spied on illegally,” he explained that is “kind of a big thing.”

Boy the left just LOVES to embarrass themselves don’t they?