Dylann Roof is the despicable, racist sociopath who attacked the Emanuel African Methodist Church in Charleston, South Carolina in July of 2015 during a prayer service, killing nine people and injuring one more. All of Roof’s victims were black and it was later discovered that Roof was a white supremacist who hated black people and wanted to start a race war. Most of the country was horrified by the awful attack and this week, Roof was officially found guilty of all 33 charges against him. Liberal website Slate took the opportunity to compare Trump with Roof[1] and called them “brothers in white resentment.” 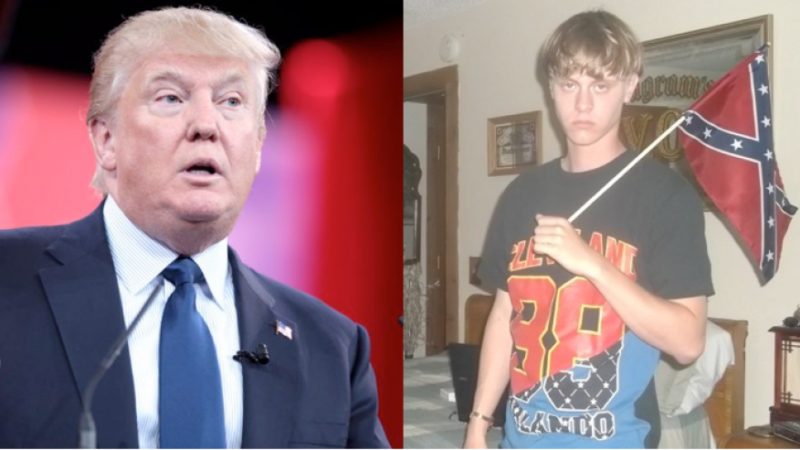 Roof is currently facing the death penalty and that has the country debating what the appropriate punishment for Roof would be. Liberals, of course, have decided to exploit the tragedy as usual and use it as a way to further racial divisions in the country. Slate is famous for running ridiculous stories, to the extent that there is a popular Twitter hashtag called #SlatePitches to mock the insane articles that they run.

Slate seemingly takes this as a dare to come up with ever more ridiculous stories. Check out the tweet they sent yesterday pimping their latest drivel, comparing Donald Trump to Dylann Roof:

There’s no intellectual reason for this, of course. It’s clickbait — or rather, hate bait. It’s designed to get liberals into a furor, to make them angry and to fan the flames of racial hatred. It’s another way to show how the United States is a fundamentally racist country and racism is what propelled Trump to victory in November.

In the article, Jamelle Bouie, Slate’s chief political correspondent, cherry-picks statements from Dylann Roof’s racist manifesto, as well as statements Trump made on the campaign trail. You could probably do the exact same thing with Barack Obama or Hillary Clinton, because taking a sentence or two out of context can be turned into anything you want it to be. But they don’t care. It’s not about being intellectually honest or making a reasonable argument; it’s about turning liberal hate into clicks for Slate.

You could tell them all day long that this is exactly why Trump won, but Slate doesn’t care. Encouraging hate is beneficial for them. That’s all they care about. It’s despicable and it says a lot about the people working at Slate that this is what they’ve reduced themselves to.