This is just disgusting.[1] SNL has sunk to a new low by fat shaming Sarah Huckabee Sanders. Just uncalled for and definitely not funny. Do you hear anything from the feminists out there? Hell no. That’s because Sarah is a Republican and in the Trump administration. They are very selective on their outrage. What hypocrites.

The show featured a skit that clearly implied Sanders was fat and stupid, which per Michael Cantrell on Allen West’s site, if feminists were consistent in their beliefs, should spark all kinds of angry outbursts and calls for an apology, yet strangely, all are silent on the matter. It’s insulting and deplorable. They would never had stood for that kind of treatment of the left. 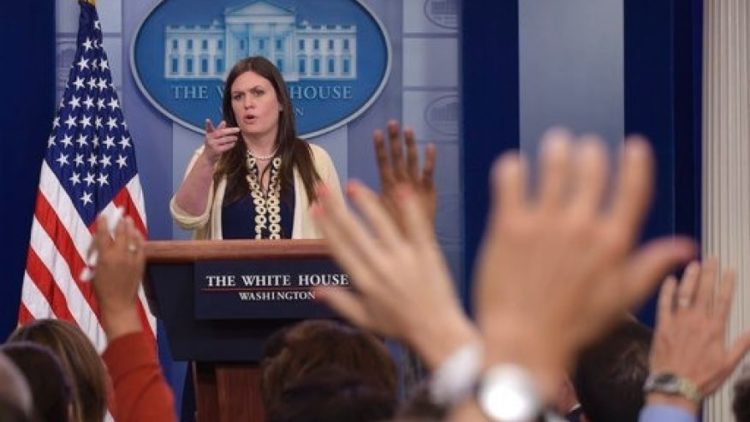 In a sketch that showed McCarthy’s Spicer retaking his podium at a press briefing, Huckabee is shown as clumsy and dumb, with a particularly over-the-top Southern accent. She’s also seen midway through the sketch, coming from backstage munching on an apple.

Her part in the sketch is small, but it’s clear what the messaging is: Huckabee is fat and dumb. Both her weight and her accent were the targets of “humor.” Even CNN’s Chris Cuomo felt the depiction of Huckabee went too far.

“I will say this — you guys were mean about Huckabee Sanders,” Cuomo said on Monday’s “New Day.” “You were fat-shaming her. You were talking about how she looks and what she wears. I thought that it was mean, not funny.”

He added, “They had her eating. I thought it was in poor taste. I really did, but that’s me.” Cuomo’s has so far been a lone dissenting voice among a group of people who seem not to care about taste when it comes to criticizing conservatives.

The southern accent was over the top and meant to be insulting. This is what leftist comedians don’t get about mainstream America and this is why no one watches them anymore. You know when CNN’s Chris Cuomo comes to the defense of someone on the right, it’s very bad indeed. There is no excuse for that kind of low brow, offensive humor.

It this had been conservatives lampooning the left like this, there would have been shrieking to the heavens over political correctness and discrimination. But because it is a Republican, it’s okay to make fun of their weight and the way they talk. Not funny y’all. 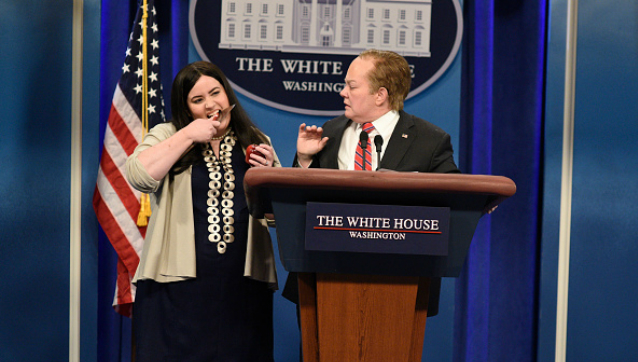