This is the ultimate smackdown…we’re talking a can of whoop cracked open upside the head of a rude and obnoxious NYT reporter. I love it. 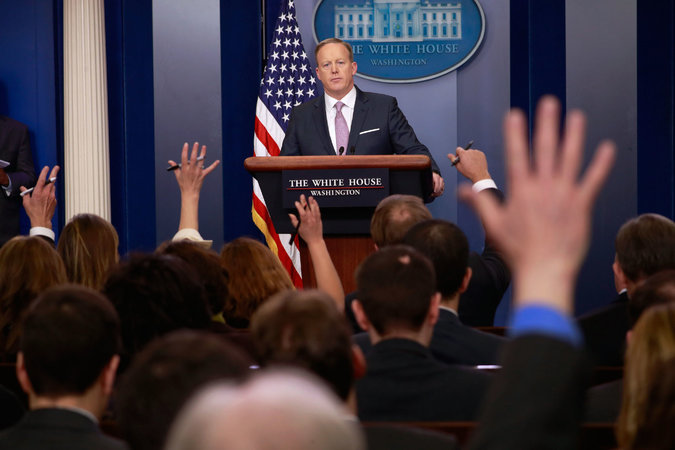 When Spicer called on a different reporter for a question, the NYT reporter didn’t let down and continued to interrupt with questions of his own…. uh, rude.

Now as many of you know, both Thrush and Spicer have been portrayed in “Saturday Night Live” skits. Thrush himself basically works as a Democrat operative for the Times and does his best to be a part of several Trump hit pieces. Because…well you know…douchebags do that.

So, when he was being all rude and obnoxious, Spicer decided to teach him a lesson that most of us learn in primary school…

“Glenn, this isn’t a TV program,” he told Thrush, apparently with the “SNL” sketches in mind.

“You don’t get to just yell out questions,” he added. “We’re going to raise our hands like big boys and girls.”

Oh, how I wish I could have been a fly on the wall at that very moment…one that could laugh and laugh and yes…laugh.

@LindaSuhler[2] @BreitbartNews[3] If you act like a child, you get treated like a child. Love the improved WH.

@LindaSuhler[2] The grownups are in charge now and the adolescent left hates it.

Of course, there was also someone who was able to invent a new term for what went down. Teehee.

HAHA! This is a perfect place to end. I shall now call it a day and exit right stage…