You may have heard of Adam Selah by now. The wannabe YouTube “celebrity” and professional prankster released a video claiming that Delta Airlines kicked him off of his flight solely because they heard him speaking Arabic. The video quickly went viral… or did it? According to Tucker Carlson, it’s just another example of liberal media bias at work[1]. 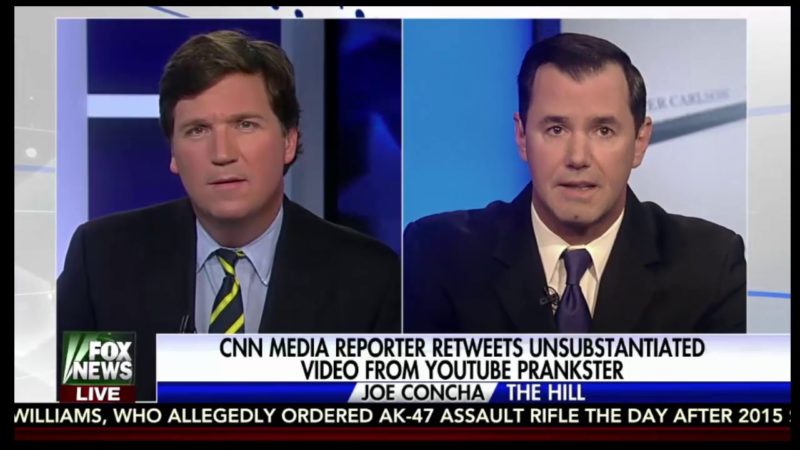 People in the media just immediately jumped to conclusions, assuming that Saleh was telling the truth. They didn’t bother to do any kind of investigating into Saleh’s background… which could have told them that Saleh has a history of posting hoaxes to his YouTube account. Instead, the liberal media just went full steam ahead promoting the video… with CNN’s Brian Stelter in particular leading the charge.

Stelter, host of a show called “Reliable Sources,” tweeted out the video:

And Tucker Carlson pointed the finger right at him for helping the unsubstantiated video to go viral. Stelter didn’t bother to check into the video’s claims first. No, he just helped promote it and why? Because it helps back up the liberal mindset that the United States is an inherently racist country?

Joe Concha, a reporter for “The Hill,” agreed with Carlson. “When somebody like Brian Stelter sends out that sort of video, shares it without context as to who this person is, it gives the story legs, it gives it legitimacy, it helps it go viral more, and most importantly, it basically is hurting American businesses,” Concha said. And sure enough, not long after Stelter shared the video, #BoycottDelta began to go viral.

Concha also pointed out that just doing a 10 second Google search would have brought up Saleh’s history of perpetrating these kinds of hoaxes on a regular basis. “That’s why ‘fake news’, in this context, is dangerous. It hurts American business,” Concha added.