I’m a big fan of Dave Brat[1], always have been. I’m not a fan of MSNBC. Watch below as Katy Tur dismissively interviews Brat, claiming that the White House makes weak claims they have no proof of… obviously referring to the surveillance claims. Claims by the way that Nunes has now validated. So, that was her first condescending moronic mistake. Trying to dance with an astute economist who is a devout conservative was her second. She rolled her eyes at Brat and tried to insinuate there were no donation tracks between the Democrats and the media. Bwa ha ha ha ha ha ha ha!!! And she had the nerve to do that on national TV.

Way to face off with a Republican over media bias and get totally destroyed. Brat schooled this leftist and she just had nowhere to go after that. Everything he said was succinct and true. The overwhelming majority of the media are Democratic leftists. That’s obvious to everyone out there and Tur knows it as well… she was dishonestly trying to intimate otherwise and failed horribly trying to pull it off. 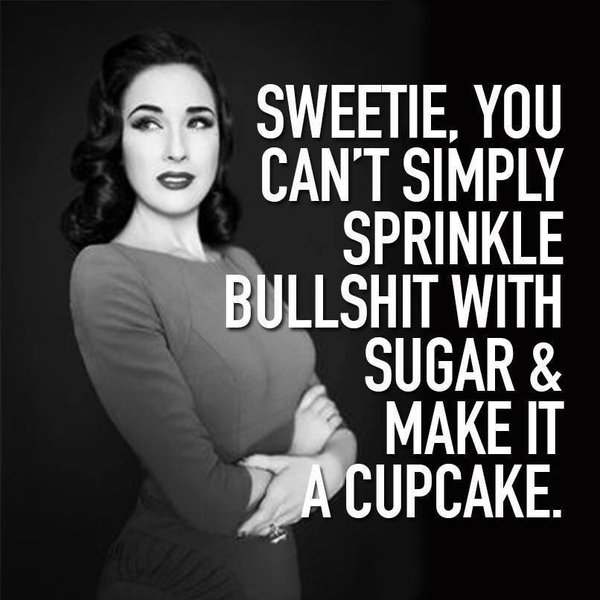 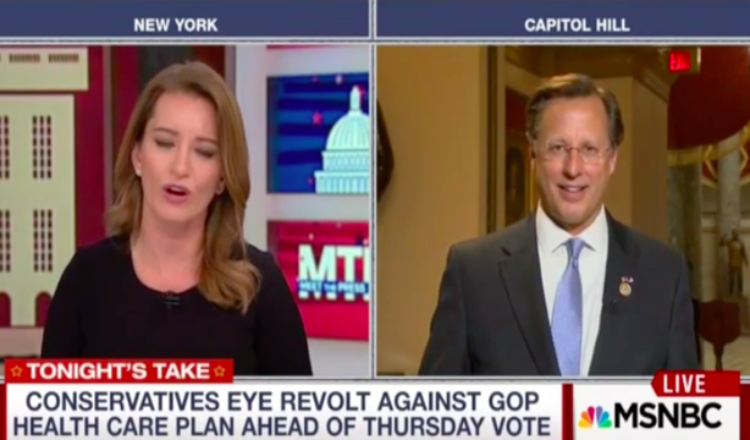 During an interview with Virginia Congressman Dave Brat on Tuesday, MSNBC’s Katy Tur got embarrassingly schooled on the fact that liberal media bias is a measurable fact. “Well, it’s hard on my side of the aisle. The press tends to be kind of like the faculty lounge where I taught for 20 years,” Brat joked, “I think 90 percent or so tend to be fairly Democratic. So, we always feel, you guys are kind of kind of coming after us.”

“Oh, really? Donation tracks,” she quipped, sounding unamused and dismissive that such data was even available. “The donations of the media overwhelmingly went to Hillary and the Hillary foundation. Just follow the trail,” Brat noted. And he’s right!

Nice party trick trying to accuse a conservative of lying when you know he’s telling the truth. You know what they say Katy… practice makes perfect. As NewsBusters points out, according to a Media Research Center study of donation data provided by OpenSecrets.org, “The most dramatic financial favoritism is shown by employees of The New York Times: since January 1, 2008, 68 employees of the Times have donated exclusively to Democrats or Democratic PACs to just three employees who donated to a Republican.” The study also found that at Tur’s own network (NBC), there were seven donations to Democrats versus a big fat zero for Republicans.

Does that help honey? Maybe this will clarify… an MRC/YouGov poll also found that “8 in 10 (78%)” believed coverage of the presidential election was biased, with an almost 3-to-1 majority believing the media favored Clinton (59%) vs. for Trump (21%). I know reality is hard to grasp for someone working at MSNBC, but give it a go!

Just remember, this is the chick who claimed there was no evidence of Donna Brazile helping Hillary Clinton get the debate questions. She claimed this after Brazile had already confessed to doing it. She also claimed not to remember that Obama said he would be “more flexible” after the 2012 election and that was “conveyed to Vladimir,” meaning Putin. She has selective memory issues and an obvious problem with facts and the truth. It was probably a resume enhancement to get hired at MSNBC.