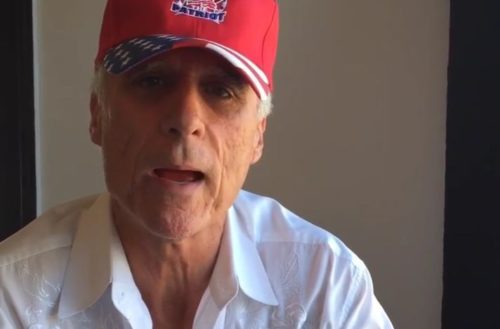 Just when we thought the Washington Post[2] couldn’t get any more incoherent, they come out with a piece accusing a Left wing killer of being motivated by a Right wing radio host. That’s right, in a breathtakingly brazen and ignorant move, the Post has blamed incendiary far Right radio host Bob Romanik. The foul mouthed host is based in Belleville, Ill., which is shooter James Hodgkinson’s hometown. That geographical connection was apparently all WaPo needed to make this giant illogical leap.

James Hodgkinson headed to a baseball field in the early morning hours of a beautiful June day and proceeded to ask, “Are Those Republicans Or Democrats Out There Practicing? Upon being told it was Republicans, he got his gun and started shooting. When the bullets stopped flying, he had shot and wounded House Majority Whip Steve Scalise, lobbyist Matt Mika, House GOP aide Zack Barth and Capitol Police Officer Crystal Griner. Capitol Police Officer David Bailey and Texas Rep. Roger Williams also were hurt during the shooting. He was eventually shot and killed by one of the Capitol police officers present as part of Scalise’s security detail.

This shooter hated Trump, hated Republicans and loved Bernie Sanders. So, whatever he was motivated by, it sure wasn’t right wing ideology being spouted by an acrimonious radio host. Sanders, the killer’s political idol, is as Left as Left can get and Hodgkinson, the killer, was too. One need only check his Facebook page header to see that. See below.

(1) Find inflammatory local radio host.
(2) Find people who listen to him.
(3) Say shooter could maybe have been a listener.

Of course the bottom line is this; the Washington Post has been in the bag for the far Left for years. No one even expects informed and accurate reporting from them any more. The Post has to be pretty far gone to connect a radical Leftist shooter to a Right wing radio host. It is the Left with a violence problem. Not the Right. It is the Left that kills, beats, destroys, vandalizes and riots. Not the Right. Wake up WaPo, your days are numbered. Soon, no one will be reading the fiction you publish.