Washington Post Is Super Enthused That Everyone Gets A Tax Break 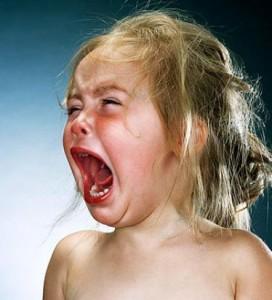 Just kidding: the WP Editorial Board is unhinged in their typical way

A win for the wealthy, the entitled and the irresponsible[2]

REPUBLICANS IN Congress passed a huge tax bill Wednesday, in what is being hailed as a major win for President Trump and his party. In time, however, it very likely will be remembered as an ignominious moment for Republicans.

To be sure, there will be some unmitigated winners. The bill is a victory for wealthy heirs, who will no longer have to pay estate taxes on inheritance worth up to $22 million. It helps tax dodgers and their lawyers, who will have some potentially huge new loopholes to exploit. Because the drafting process was so hasty and sloppy, no doubt there are many hidden in the text that even its authors do not realize are there.

Like the heirs of the rich people who own and run the WP, and those who sit on the Editorial Board.

The bill is a victory for corporations that look like the Trump Organization, the president’s privately held real estate business. “Pass-through” businesses like many of those within the Trump Organizationget a new tax break. Other provisions single out real estate for special consideration in the tax code. The public can only guess at how much the president will personally benefit from the tax bill he is about to sign, because he has defied decades of bipartisan tradition by refusing to release his tax returns. In that sense, the bill is also a win for nontransparent government.

While there are certainly big big companies that are pass throughs, a goodly chunk of small business run by middle class Americans are also pass throughs, and would see their taxes go way down.

The bill is a victory for the discredited theory of trickle-down economics. It embodies the notion that big tax cuts for the wealthy will benefit low- and middle-class workers rather than simply enrich the already well-off.

Two points: first, even if it doesn’t trickle down, the middle class is getting a tax cut. Period. How well did the middle class do under the policies of the Democrats and under Obama? Not well. Second, who really cares if people who make a lot of money get to keep the money they earned? Why is this a thing? How does this harm anyone? There are multiple companies who are already saying they will pump more money into the economy, such as AT&T and Boeing.

The bill is a victory for corrosive partisanship. Republicans could have hashed out a better, bipartisan plan, but they never seriously tried. Instead, they added to the bill a stealth repeal of a key piece of Obamacare and a provision allowing drilling in the Arctic National Wildlife Refuge.

Remember how the Democrats worked with Republicans on Obamacare, Dodd-Frank, and the Stimulus? Oh, right.

Most of all, the bill is a victory for fiscal irresponsibility. Some of its provisions, such as lowering the corporate tax rate, would have been worthwhile if they had been paid for by closing loopholes or raising other federal revenue. Instead, the bill will make the nation’s debt trajectory even worse, by a trillion-plus dollars, even after accounting for new economic growth. The bill’s mild potential effects on competitiveness and growth are not worth such a steep price tag.

Remember all the complaints from the WPEB during the Obama years, when the debt virtually doubled? Or how the Stimulus was simply small short term growth that wasn’t sustained even through Obama’s first term, while shoving a trillion in debt on America’s grandkids?

Anyhow, you know this bill must be great if outlets like the WP are freaking out in this manner. Do you know what should have been put in the tax bill? An exception for companies that are in the news business. Should have left their taxes at the current rate while doing away with any “loopholes”. If they love high taxes so much, let them pay them by law, because, for all their caterwauling, they won’t stroke a check to the IRS.