Watch What CNN Does IMMEDIATELY When Obamacare Victim Speaks Out

Much of the mainstream media is overrun with liberal bias, but it’s evidently become so bad that they can’t even show people expressing viewpoints that run opposite to their beliefs. So when CNN decided to cut off the feed of a woman talking about her negative experience with Obamacare[1], we shouldn’t really be surprised. 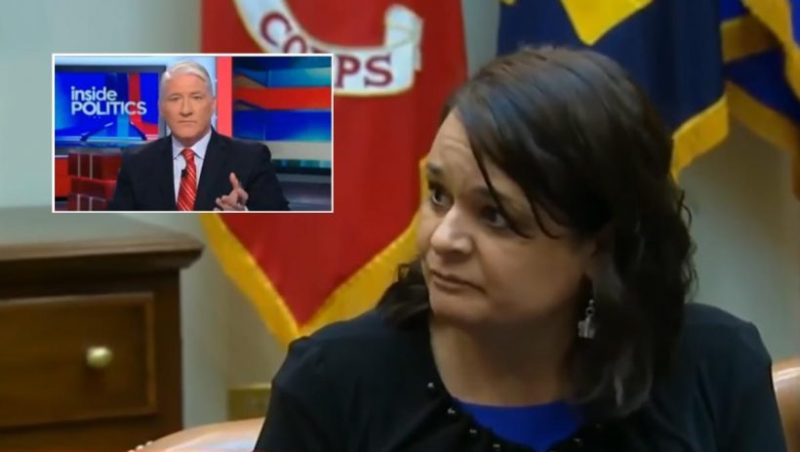 Trump had a meeting on Monday with people who were negatively impacted by Obamacare, which is what CNN was covering. He first spoke about the difficulties people had. “It’s a great honor for you to share your personal stories of struggle under the enormous strain imposed on you by the very, very failed and failing Obamacare law,” Trump said. “Secretary Price and I, along with my entire administration and a lot of people in the Senate and a lot of people in the House are committed to repealing and replacing this disastrous law with a health care plan that lowers cost, expands choice and ensures access for everyone. You represent the millions of Americans who have seen their Obamacare premiums increase by double digits and triple digits.”

Then, a woman began talking about how her rates tripled and life became increasingly difficult. “Our rates are three times they were before Obamacare started,” she said. “We have one provider in our county. We have very little options for what we can and cannot do. We are a small business owner. We are actually not a brick and mortar, we are cattle ranchers. we cannot afford our equipment if we are paying these rates year after year after year. Our food source is in jeopardy because of this health care law.”

But then, out of nowhere, the screen went to black and cut to CNN host John King:

His excuse? “Just lost the tape there from the White House,” he remarked.

It couldn’t possibly be that they don’t want people to hear about problems with Obamacare, right?