The media has been harsh towards Donald Trump throughout the election and that has continued over the past several months. Trump, meanwhile, has continued retaliating on Twitter and even refused to take a question from a CNN reporter during a press conference. Now, his chief of staff is warning the media[1] to be careful what they report. 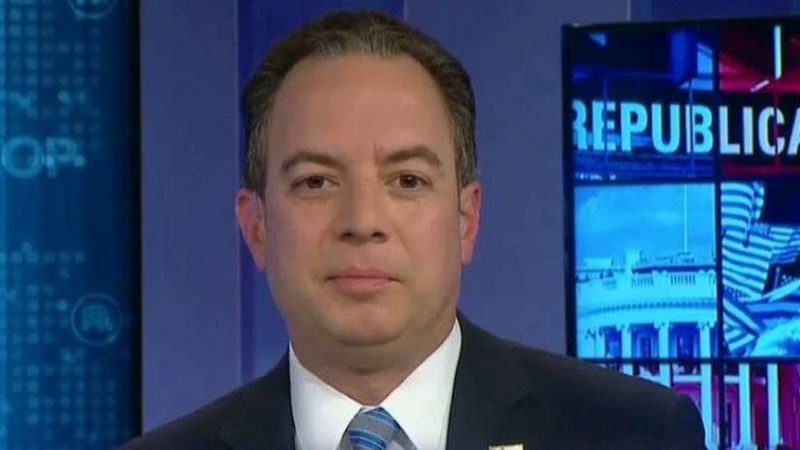 The White House Chief of Staff appeared on “Fox News Sunday” with Chris Wallace, where he discussed media bias and threatened that the administration will push back. Priebus used a report by Time Magazine’s Zeke Miller as an example. Miller had falsely claimed that Trump removed a bust of Martin Luther King, Jr. from the Oval Office without verifying the facts first. “This is an explosive accusation which could have had incredible ramifications given the history of the press on this subject matter,” Priebus said. “It turns out it was completely false.”

Miller’s excuse ended up being that a Secret Service agent was blocking the bust and so he couldn’t see it. The mistake is understandable, but a good reporter would have verified the bust’s removal before running the story.

Tweeting again: wh aide confirms the MLK bust is still there. I looked for it in the oval 2x & didn't see it. My apologies to my colleagues

White House Press Secretary Sean Spicer accepted the apology, but Priebus clearly didn’t forget about the incident. And he warned the media that the administration was not going to just sit back and take it. “There’s an obsession by the media to delegitimize this president, and we are not going to sit around and let it happen,” Priebus said. “We’re going to fight back tooth and nail every day and twice on Sunday.”

But Spicer still claimed that the crowd size was historic. “This was the largest audience to ever witness an inauguration, period — both in person and around the globe,” Spicer said. “These attempts to lessen the enthusiasm of the inauguration are shameful and wrong.” The pictures, he claimed, were just because of misleading photography. “Photographs of the inauguration proceedings were intentionally framed in a way, in one particular tweet, to minimize the enormous support that had gathered on the National Mall.”

Wallace slammed that remark, pointing out that there were “huge empty areas” that did not exist during the Obama inauguration. But Priebus still, puzzingly, insisted that the National Mall was “completely full”… and then said that the crowd size didn’t matter anyway. (So why was he debating the issue to begin with?) “It’s really not about crowd size,” he said. “What it’s about is honesty in the media.”

Do you agree with Reince Priebus and think the administration should take on the media?