After RIPPING Beyonce A New One, This Blonde Anchor Got Death Threats – Here’s Her EPIC Response!

I enjoy watching Tomi Lahren[1] eviscerate the left. She’s great at it. Her rant on Beyonce and Jay-Z yesterday was epic and her retort to those giving her death threats and hate mail after she spoke her mind is just as great. Tomi Lahren smacked Beyonce’s disgraceful, racist, cop-hating performance at the Super Bowl, just as she should have. Beyonce paid tribute to the militant Black Panthers, who promoted racial division, violence, communism and hatred whenever they got the chance. She had her dancers dressed in Black Panther leather and berets, while she sported bandoliers. She had them form an ‘X’ in a further tribute to Malcolm X… a Muslim terrorist who belonged to the Nation of Islam. All of this was done in support of the Black Lives Matter movement. Beyonce’s husband, Jay-Z, pledged $1.5 million to Black Lives Matter. So, tell me how the cute blonde at TheBlaze didn’t get it right? She’s not afraid of these trolls and they won’t shut her up. She does us all proud. 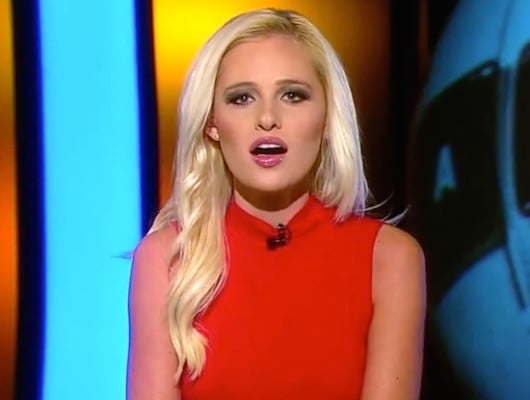 After teeing up[3] Beyonce and her Black Panther homage during her Super Bowl performance, a Blaze TV personality got hate, death threats and invective in reply.

Now Tomi Lahren is back on Facebook[4] with a response and says there’s one main thing her critics forget about the issue of racism.

Beyonce is literally getting rich off racism and hatred here. Either she has no clue how violent the Black Panthers were or she is actively promoting black revolutionary movements. This is definitely the cultural rot and decay that Rush Limbaugh referred to. Instead of being a role model to millions, she put race first and did her best to promote racial hatred. Her song “Formation” promotes the hatred of cops and encourages violence against them. She is selling a brand of black liberation politics that will get many, many people killed and she’s proud of it. Her behavior here is anti-American, anti-cop and anti-white. How does that make her any different than white racists? She married and ex-drug dealer, now performer, in Jay-Z. She’s promoting thugs, violence and crime. It’s evil and deplorable behavior and she seems cool with it. Tomi Lahren isn’t and is making it clear that it is wrong. Good for her… at least she cares about what is right and what is wrong. Beyonce is just all wrong.