This is just so weird and awkward that it can’t be real. This is surely a set-up by Watters to get views. At least that’s what I’m hoping, because I don’t want to believe that a fully-functioning human being can be this stupid.

I don’t know what the best part of this interview is, the part where he calls a police horse racist and condones a fellow Antifa member attacking it, or the Karl Marx photo that has been lovingly framed and placed in the background. 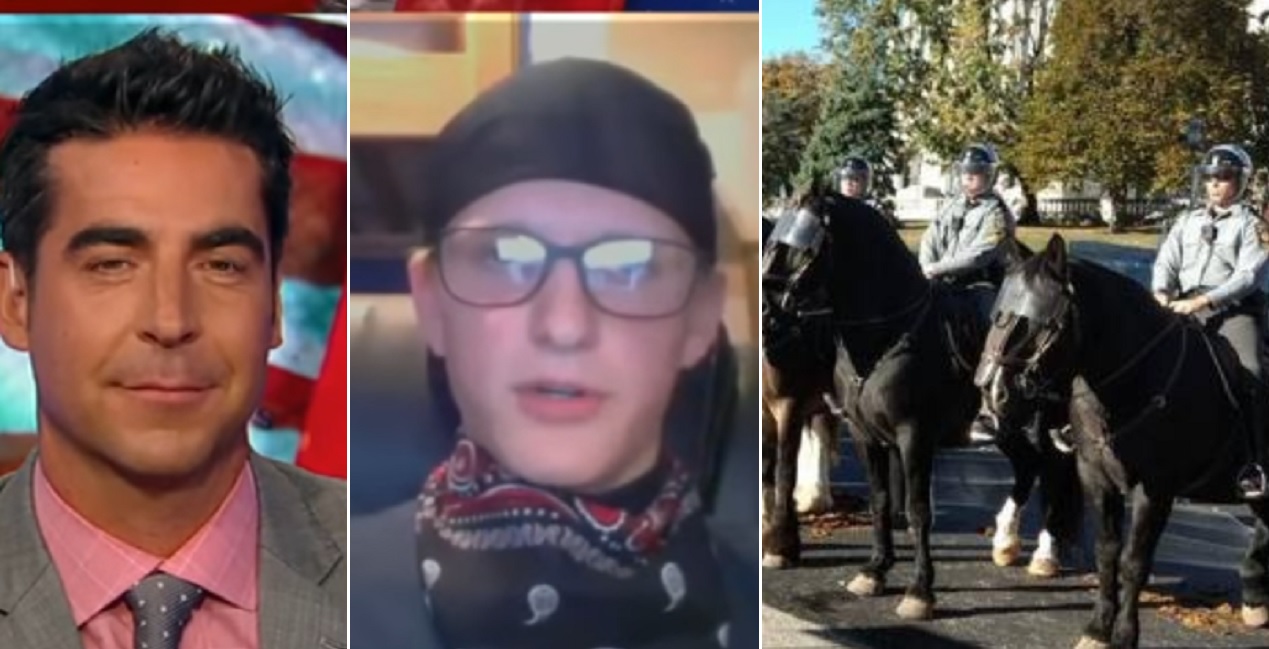 Fox News host Jesse Watters decided to have on a self-proclaimed Antifa member who declined to give his last name over fear of being doxxed. (There’s only one news station that does that and it’s not Fox.)

“Kevin” claimed responsibility for a letter published that appears to call for violent resistance to Donald Trump’s Presidency. When called out on it by Watters, however, the pasty little wimp backtracked.

“We only want violence in self-defense from aggression by these racists and xenophobes that come and attack us at our peaceful protests,” he said, probably hoping to avoid backlash.

Watters then asked what a police horse did in order to deserve being assaulted by a member of their little club. “Kevin” stated that it was a tool used to oppress minorities. Yes, there is someone out there who actually believes that crap.

Remember the limousine that was firebombed on Inauguration Day? Yeah, Watters brought that up too[2].

“Was it in self-defense when you firebombed a limousine during the inauguration?” Watters shot back.

When the Fox host noted that the limo belonged to a Muslim immigrant, “Kevin” became defensive and began deflecting, saying that “a lot of violence committed by so-called Antifa members is actually committed by these right-wingers, who basically seek to make us look bad.”

No, cupcake. We have jobs. We have families. We have lives to live that don’t revolve around trying to make your stupid group look bad. Besides, why would we have to? You’re doing a perfectly fine job of that yourselves!