How is it possible that Kyle Cheney is getting paid to spell bind readers with such gems as: “Justice Ruth Bader Ginsburg laid waste Friday to all those rumors about the fate of the Affordable Care Act in the Supreme Court.” Yet the article contains no information about Ginsburg making such a claim.

Cheney continues Pravda’s collective non-information/misinformation campaign by saying: “Although she offered no insight into the tightly held decisions of her colleagues, Ginsburg did indicate that many of the court’s decisions over the next two weeks – which are also expected to include an FCC indecency ruling – might be close.” 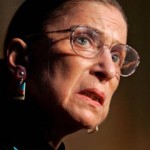 [2]“Might be close”? That is the basis for claiming to have a statement from Ginsburg that “laid waste” to “all those rumors” about the pending health care decision?

Seriously, is this what earns “reporters” a paycheck nowadays?

“Reporting” Ginsburg’s “revelation” that Supreme Court rulings on highly controversial cases in the coming weeks “might be close” is “reporting” “news” as cutting edge and unpredictable as each day beginning with a sunrise.

By intentionally including a reference to the pending health care ruling in a faux headline, yet including zero content in the article revealing any such information clearly demonstrates the impotence of today’s “mainstream media”. That this story reports “sharp disagreement” exists between members of the Supreme Court is as fresh and as newsworthy as: dog bites mailman.

The real, clear, political divide between traditional, patriotic Americans and their “progressive” adversaries the makeup of the Supreme Court currently reflects is the story. One that is not told.

The philosophical division between Constitutionally protective Americans and “progressive” assailants of America’s Republic is as distinct as is the temperature difference between earth’s equator and its two poles. 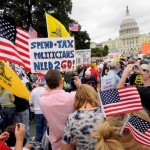 [3]On the one hand there is the Tea Party, a spontaneous grassroots movement which clearly expresses a strong, unified desire to restore the United States to it’s Constitutional roots. A platform calling to reduce the size, scope, power and cost of government, and to reinstate the traditional American values of self reliance, individual liberty and a return to truly representative government. The Tea Party was hugely influential in the 2010 mid-term elections, when “progressive” Democrats were denied retention of unbridled, unchecked power. The Tea Party remains influential in the 2012 campaign to remove “progressives” from Congress, the Senate and the White House.

On the other hand there is Occupy. A handful of people who disagreed with the existence of income disparity were quickly co-opted by Communist aligned big labor unions thugs in an astro-turf copycat attempt to counter the voice of 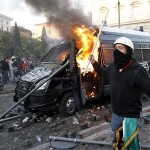 [4]America’s no longer Silent Majority. This artificial movement rapidly discredited itself through illegal occupancy and destruction of public and private property, and by descending into disparate, disorganized messaging that contributed as much to America’s political discourse as a screen door does to the functioning of a submarine. Unlike the peaceful, respectful approach taken by the Tea Party, Occupy’s attempts to gain public support disintegrated into violence, arrests and criminal charges.

Why is Cheney wasting people’s time “reporting” on unremarkable utterances of a Supreme Court Justice who, while on a recent trip overseas, made public statements that disrespected the United States Constitution? Why is Ginsburg, whose views are considered seditious by many patriotic, Constitution loving Americans, painted in such a fawning light?

This is non-news presented to readers by a biased media source.