Bill Maher: ‘Islam is a Problem’, Says Syrian Refugees’ Values Are at Odds with US Values

I’ve never liked Bill Maher much[1], but he’s absolutely right on this issue. And he’s not afraid to say it to liberals and rub their noses in it. Last night he got into it with Chrystia Freeland who was being uber politically correct, talking about a subject she knows nothing about and defending Islam for all she was worth. She just happens to be a member of the Canadian House of Commons and I think she was shocked by the rebuff. The Syrian refugees coming to America don’t share our values. They believe in Shariah Law which is totally against what our Constitution stands for and how Americans live. It stands against freedom. Liberals just don’t want to face the truth or they are complicit somehow with the religion. Maher stated, “”I think that Islam is a problem” and that people who think Syrian refugees have values at odds with US values, “may not be wrong.” Bingo! 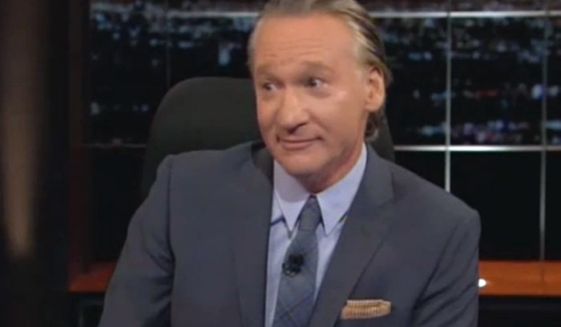 Bill Maher did not mince words Friday night as he sparred with a liberal guest over whether or not some of the beliefs held by millions of practicing Muslims around the world are “bad.”

Maher’s exchange with Chrystia Freeland, a member of the Canadian House of Commons, came after he opened up his program contending many of the Syrian refugees don’t share many of America’s cornerstone values.

“If you are in this religion, you probably do have values that are at odds. This is what liberals don’t want to recognize,” Maher said. “This idea that somehow we do share values that all religions are alike is bulls***.”

That triggered a debate amongst Maher’s panel, but particularly seemed to offend Freeland who pushed back against the HBO host.

“Are you guys saying that the Muslim faith is by definition worse than other people’s?” she asked.

“Yes! The ideas,” Maher countered. “If 6 million people in a supposedly moderate country agree with ISIS. You know, I read this article recently — it was attacking me about my beliefs on such things. And they said, ‘Oh Bill, you paint with too broad of a brush.’ What about Indonesia? The moderate country of Indonesia. And then they went on to say, ‘Only 18 percent believe in honor killings.’ Really? So one out of five people in the moderate country your holding up as the moderate country believes if a woman is raped we blame and kill her?”

“Bill you spend most of your show pointing out the dumbness of Americans,” she quipped.

“You know, dumbness is a little different,” Maher shot back.

“No seriously, it is very wrong to demonize a religion,” Freeland said.

“I’m not demonizing!” Maher countered, raising his voice. “I am just reporting. You are making it a demonization.”

Sen. Angus King (I-Maine) jumped in and said the challenge is to help the majority of peaceful Muslims change the belief system held by the radical ones.

“You don’t do that by saying Muslims are bad!” Freeland interjected.

“I’m not saying that. I’m saying the ideas need to be changed,” Maher said.

“Killing women for being raped I would say is a bad idea. Yeah, I do,” Maher fired back as the audience erupted in applause. “Hang me for it.”

Islam, the religion, is the problem here and what it teaches and how it is interpreted. Maher then added[3], “we here in the West, experience occasional terrorism, as bad as it is. Muslims around the world, experience everyday terrorism. I’m talking about the wife whose husband can beat her with impunity. The gay person, who if he comes out, will be put to death. The maid who can be raped with impunity. The intellectuals in the Muslim world who would like to speak out, but they see bloggers getting killed, or the artists who would like to paint what they want, and they can’t. I don’t know why liberals can’t stand up for those people. Those are the Muslims on whose side you should be.” Obama is now bringing Islamic terrorists into our midst through refugee resettlement. ISIS militants who can’t wait to kill American infidels. Even a leftie like Maher sees it for what it is – insanity. Many Muslims aren’t fighting the terrorists among them. They actively support them or passively condone them with their silence. The ideas and practices of Radical Islam are deadly and poisonous. You can hang me for that right next to Maher.