There’s a video of the media ransacking the apartment of the San Bernardino terrorists [1]and it’s quite eerie to see what’s inside. 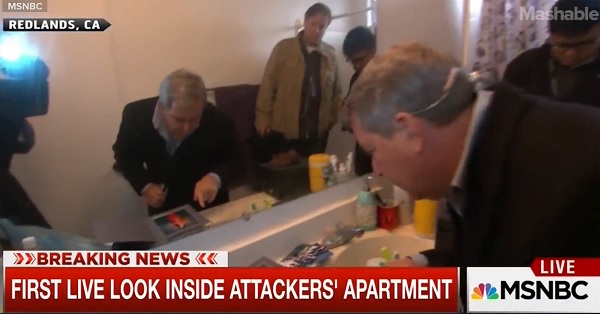 A swarm of local and national media entered the apartment where Syed Farook and Tashfeen Malik lived after the landlord tore off a piece of plywood that was blocking the door. News outlets, including MSNBC, BBC, CBS News and CNN, broadcast live scenes as reporters toting cameras and microphones pushed through the open door and reported from inside the apartment.

I’m still wondering if it was legal for the media to go into the property so soon, or if it was still declared a crime scene and no one was supposed to go in yet.

If you can clarify the rules, please post below in the comments.