BREAKING: O’Reilly Is Coming Back! But not at Fox… [VIDEO]

Bill O’Reilly certainly isn’t a quitter[1] and he’s not done fighting by a long shot. He will be back today, just not on Fox News. He will be doing a daily podcast for his subscribers, which I’m sure many are thrilled to hear. O’Reilly has transferred all his followers on Twitter to a new personal account, so he is not violating the Fox News brand. It is very wise to put distance between himself and Fox at this point for legal reasons and for perceptual ones as well. Bill claims to have irrefutable proof that the charges against him are untrue and that he is the victim of a leftist smear campaign. I certainly believe him.

The way the Murdoch boys convinced their father to cut loose O’Reilly is disgraceful. They threw 20 years of service away like it was nothing… they scuttled their most popular show and host with absolutely no afterthought. It was a move to start cleansing Fox News of conservatives and in my opinion, the beginning of the end of Fox News. O’Reilly isn’t hurting for money and he will get a reported $25 million on the way out the door, if not more. The issue here is the left’s orchestrated campaign to kill off conservative media. Those behind this attacked Rush Limbaugh unsuccessfully, they went after Glenn Beck and they brought down Roger Ailes and Bill O’Reilly. Fox is putting on a good face, but it is chaos there and people are heading for the exits before the final implosion. 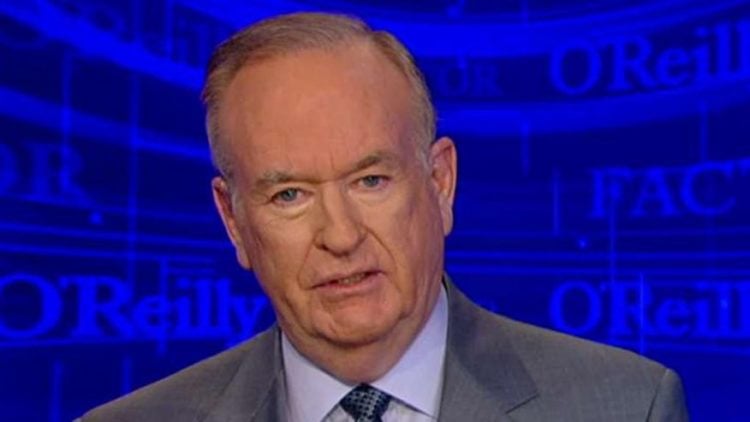 Bill O’Reilly is coming back!

Not on Fox live to his old show, but he will be doing a “No-Spin” podcast for subscribers.

Bill O'Reilly has an announcement — "THE NO SPIN NEWS RETURNS" Monday — 7pm ET.

"No Spin News" is his daily 4-min podcast for subscribers pic.twitter.com/Gxv3l07g2s[3]

The daily podcast would be a way of reaching his viewers that can’t be shutdown.

According to Brian Stelter, O’Reilly’s team has also transferred all his tweets and followers to a personal account with no Fox-related branding.

O’Reilly’s show had been on Fox since 1996, the cornerstone of Fox nightly programming for over twenty years.

O’Reilly’s podcast on Monday would be his first opportunity to talk about the sexual assault controversy since he was ousted from Fox on Wednesday.

O’Reilly said that he believed there was a left-wing effort to take him out and that he had proof about it.

Quite the statement from O’Reilly spox: pic.twitter.com/46AqveBGmA[5]

So it will be quite interesting to see what he has to say.

Last week I warned that Sean Hannity would be next on the hit parade and sure enough, right on cue, he’s being accused of sexual harassment[7] by Debbie Schlussel. Once again, I find myself in a spot of defending someone I disagree with frequently. Schlussel is claiming that Hannity asked her to his hotel, not once, but twice[8]. Her father and brother were there in the Green Room waiting for her. Schlussel is not what I would call a credible individual and there’s no way Hannity is that dumb. Hannity is suing her for slander and he should. But I will bet she’s not the only one to come forward. The attack has shifted to Sean and we all saw it coming. It’s rumored the Murdoch boys want him gone too.

I’m glad that O’Reilly and Hannity are fighting back. But we are going to need a different conservative outlet for news at this rate. I would take any accusation thrown at conservatives these days with a boulder of salt. The Fox News Witch Trials continue and anyone that doesn’t align with the Murdoch boys is probably on the chopping block. We are watching the death of free speech before our very eyes and we sure as hell better fight back against it. As John Hawkins’ admonishes in his new book, ‘101 Things All Young Adults Should Know’[9], “Don’t stay in a bad situation because you are afraid of change.” Perhaps Sean Hannity needs to be considering an exit of his own and these media titans should get together and form their own conservative news network.

The Daily Show gives Bill O'Reilly the send off he deserves: https://t.co/DPfdZwtMH6[10] pic.twitter.com/O8b4QxbxVJ[11]