I’m having a hard time determining whether this is just sad, or flat-out pathetic. I mean, who actually lies to their viewers about showing up to work?

Perhaps more importantly, if they’re willing to lie about this so baldly, what else have they lied about? 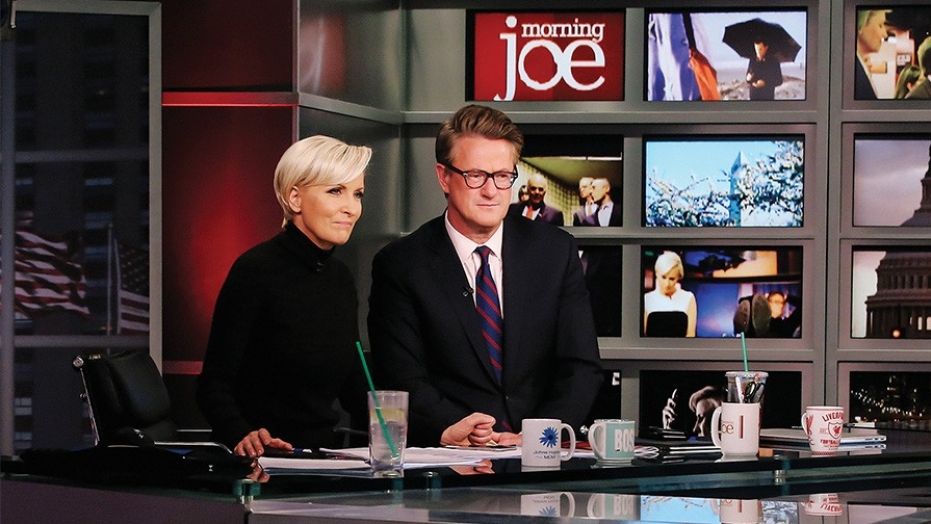 It’s shocking to think that such highly-paid hosts would actually come back to the studio the day after Thanksgiving, which is exactly what one “Morning Joe” viewer noticed when Joe Scarborough and Mika Brzezinski appeared on Friday after the national holiday. The couple discussed being “stuffed” and accidentally serving a turkey with the gut bag still inside, deceiving their viewers into believing that the show was live.

“Day after Thanksgiving… I’m stuffed,” Brzezinski opened the show, despite the fact that the show had been pre-recorded on that Wednesday.

The second segment continued the charade, with Mika discussing how she had accidentally left the bag of innards in the turkey while she cooked it, leading the bird to be slightly frozen when she served it.

“Joe didn’t notice. He ate the bag,” said Willie Geist, clearly in on the deception.

“It was good… the game last night made up for it.” Scarborough giggled.

The show never noted that it had been previously recorded and the only way one would notice is if they had caught the lack of the “Live” graphic that is usually present. One viewer did notice, however, and contacted the Washington Post to ask if MSNBC was airing “Fake News.”

“I was quite flabbergasted by the way they were so deceptive about this… especially when they are always so quick to castigate lying [or] deception they attribute to others,” said the anonymous tipster.

The Post picked up on the story and asked an anonymous MSNBC exec about the show and they essentially brushed it off as no big deal.

“Would it have helped if there was a disclaimer? Maybe. But that’s not typically done,” they said. “There was no intention to trick viewers.”

While the chyron and ticker below the show kept viewers up to date on the recent news, there was no mention of major events that took place during the Thanksgiving holiday, such as the mosque bombing that killed hundreds of people in Egypt. This alone is enough to indicate that the show was not being done on Friday.

It’s not surprising that MSNBC would be willing to do something like this, but the blatant dishonesty of it all really reveals why people no longer trust the mainstream media.