I love this![1] Charleston is full of good people of all races and religions and it looks like thousands have come together to pray and grieve over the mass murders committed there at a church. In rides DeRay McKesson and Sharpton and Charlestonians are telling them to leave – they don’t want their race hustling. This is a time for family and remembrance – a time for healing and forgiveness. McKesson doesn’t seem to even realize it is the families of the victims calling for forgiveness and unity. Once again he is blaming anyone who is white for the evil deeds of one individual. Evil is colorblind – it chooses by the character of your soul, not the color of your skin. 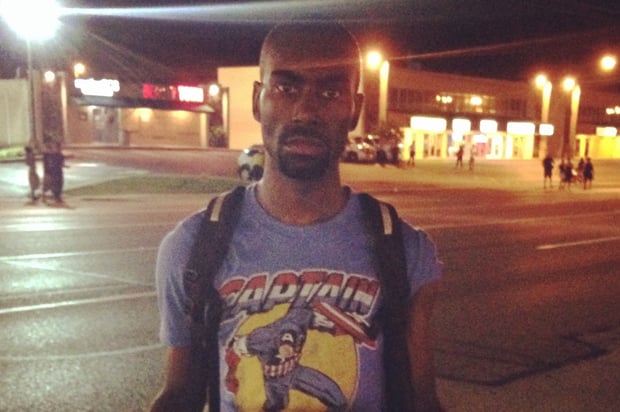 Wherever racial divisiveness rears its ugly head, you can be sure DeRay Mckesson is not far away.

After “successful” stops in Ferguson, Mo., Baltimore, Md., and McKinney, Texas, the next destination on Mckesson’s itinerary was Charleston, S.C. 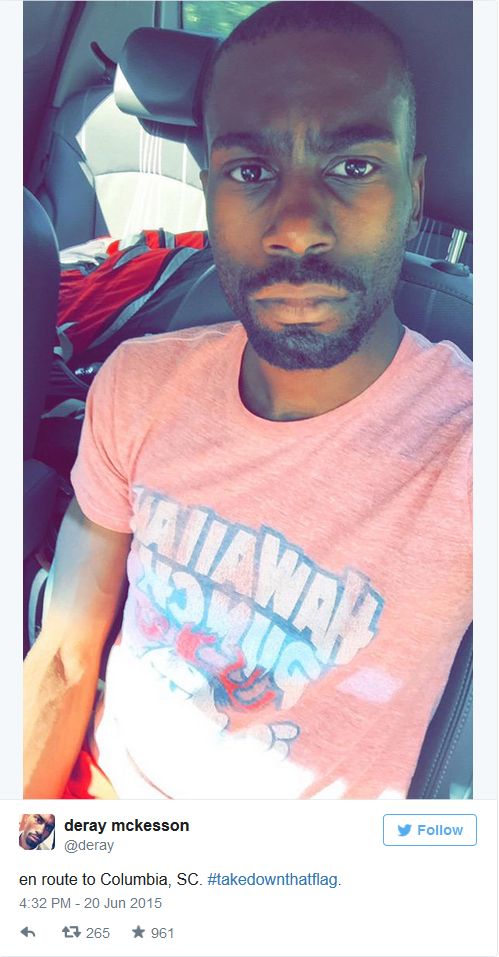 Few have bothered to dig into who’s financing his traveling road show, which last stopped on Roosevelt Island in New York, after the Hillary Clinton campaign invited him to attend last week’s relaunch, although the odds of George Soros’ name cropping up are high.

Mckesson wasted little time pushing his message of hate, condemning an atmosphere of forgiveness in Charleston as being a result of “whiteness,” even though family of the nine African-Americans killed were the first to speak of forgiveness.

But, according to the reaction on social media, it appears that South Carolina is not quite as receptive to his antics.

In fact, the push back against the race provocateur recently featured in The New York Times has been so pervasive, a #GoHomeDeRay hashtag is now trending.

Here’s sampling of responses from Twitter that suggests Mckesson and Co. are beginning to wear out their welcome, with God’s love triumphing over evil:

#GoHomeDeray is a brilliant response to the hate and divisiveness of these race baiters and hate mongers. People are tired of the racial enmity being put forth by Barack Obama and Al Sharpton. They are standing as Christians to fight back against evil without turning on each other. South Carolina doesn’t want these platforming thugs trying to stir up a race war. Keep to the big cities where your machinations seemed to be more acceptable. Even the biased media cannot hide the fact that the people of Charleston are joining together in their time of need. Out of a senseless tragedy comes a spiritual reawakening and Christian love and forgiveness. It is truly inspiring.