News broke on Tuesday that Donald Trump fired James Comey from his role as FBI director. The reaction was, not unexpectedly, mixed. Liberals howled with outrage, while conservatives cheered. Interestingly, when talk show host Stephen Colbert broke the news to his audience, he didn’t get the reaction he wanted… so he made sure to set them straight[1]. 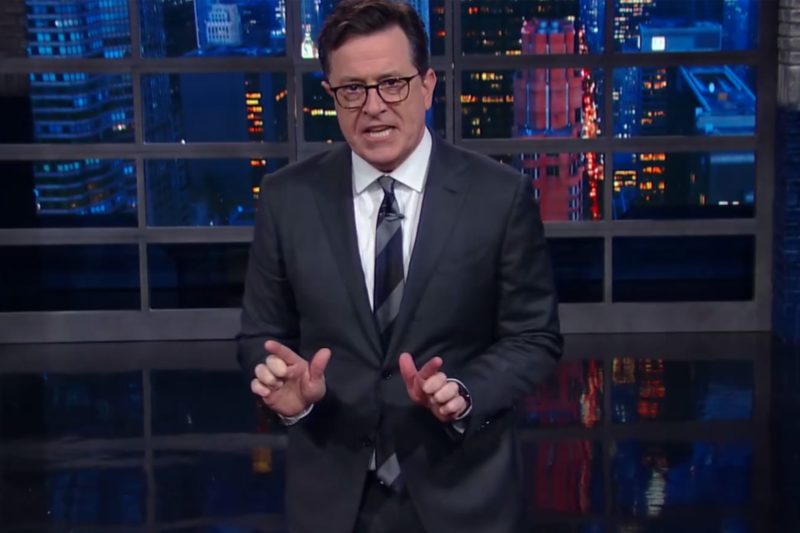 When Colbert announced that Comey had been fired, he was likely expecting boos or jeers from his audience. “Huge story that broke just minutes ago, less than 10 minutes ago. FBI Director James Comey has just been fired by Donald Trump,” he announced. But instead of reacting with the expected outrage, they cheered, surprising the “Late Show” host. “Wow, huge Donald Trump fans here tonight,” he remarked. And he was clearly put out by the reaction, unable to hide his irritation. So, he then explained to the audience why they should actually be angry.

“No rationale has been given yet as to why [sic], but it came on the recommendation of Attorney General Jeff Sessions,” he said. And this time, he got the reaction he was hoping for: the audience booed. “I think I might know why. I think he was fired because Comey couldn’t guess the name, ‘Rumpelstiltskin’,” he joked as the audience laughed.

It’s been odd, to say the least, to see the reaction from Democrats to Comey’s firing. Many of them are still angry at him, believing that re-opening the investigation into Hillary Clinton’s e-mail server cost her the election. But of course, since Trump is the one who did the firing, it’s automatically a bad thing. Right?

It doesn’t matter if Comey’s firing was justified and if Democrats were mad at them. Trump is in office and liberals are going to criticize every single move he makes.