The LGBT agenda continues to be foisted onto Americans and troublingly, it’s our children that are most likely to be targeted. The latest example is a Disney cartoon, which featured a lesbian couple in a storyline aimed for preschoolers[1]. 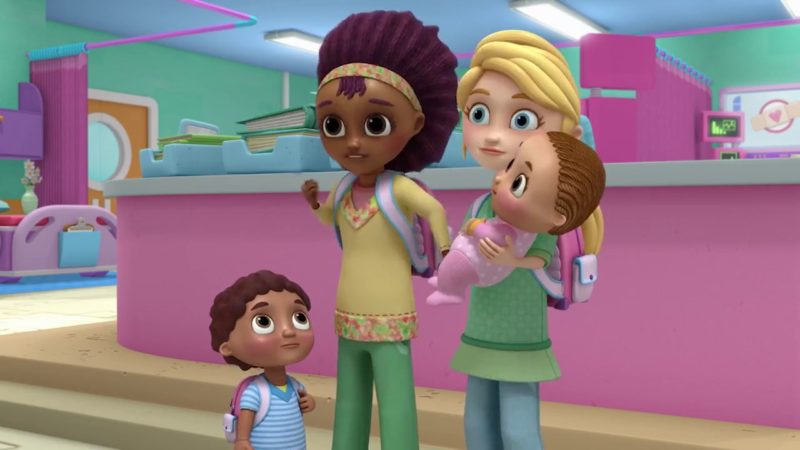 Doc McStuffins is a cartoon that airs on Disney Junior. The show follows a little girl who is a “doctor” to stuffed animals and toys. A new episode, entitled “The Emergency Plan,” has caused massive controversy after the plotline followed two doll moms who were a lesbian couple to two baby dolls.

The characters, voiced by lesbian actresses Wanda Sykes and Portia de Rossi, have to grapple with an “earthquake” that splits up their doll family. Doc McStuffins helped the family make an emergency plan.

So proud to be in this episode. Love is love! #Docmcstuffins[3] https://t.co/WmvWXURnZE[4]

The episode originally aired on the Disney Channel on August 5th and then aired on Disney Junior on August 6th. Sykes gushed over her participation in the show, saying it was something her children could relate to. “My kids watch – they watch the show,” she said. “In this episode, they see a family that looks like our family. We’re two moms and we have a boy and a girl, two kids, and it’s going to be very exciting for them to see our family represented. We’re a family, and families stick together.”

GLAAD President and CEO Sarah Kate Ellis also had high praise for the episode. “Children like mine deserve the chance to see their families reflected on TV, and this episode does just that in a beautiful and positive way,” she said. She also claimed that the story would have special meaning for “many children being raised by gay and lesbian parents.”

It isn’t difficult to see where inspiration for this episode came from: the show’s creator and executive producer is Chris Nee, a lesbian mother. And she made it fairly obvious that this episode was about pushing an agenda. “I always envision Doc McStuffins as a show about what it means to accept everyone as part of our communities,” Nee said. “As part of a two-mom family, I’m proud to have an episode that reflects my son’s world, and shows everyone that love is love in McStuffinsville.”

Will you continue to let your children watch Doc McStuffins after this?