Brad Thor nails it[1] – what a lying jerk. This is par for the course concerning the lapdog, lying media. NBC News anchor Brian Williams, who claims to be a real journalist and who in December inked a 5 year deal with NBC, came clean after only 12 years that he has been lying about coming under RPG fire in Iraq in 2003. Fed-up troops called him out online after he once again started bragging about his traumatic experience. Even after being outed into telling the truth, he doubled down with another lie and blamed it on the fog of memory and “misremembrance.” Right. Lying, liars gonna lie[2] – especially if they are faux journalists. 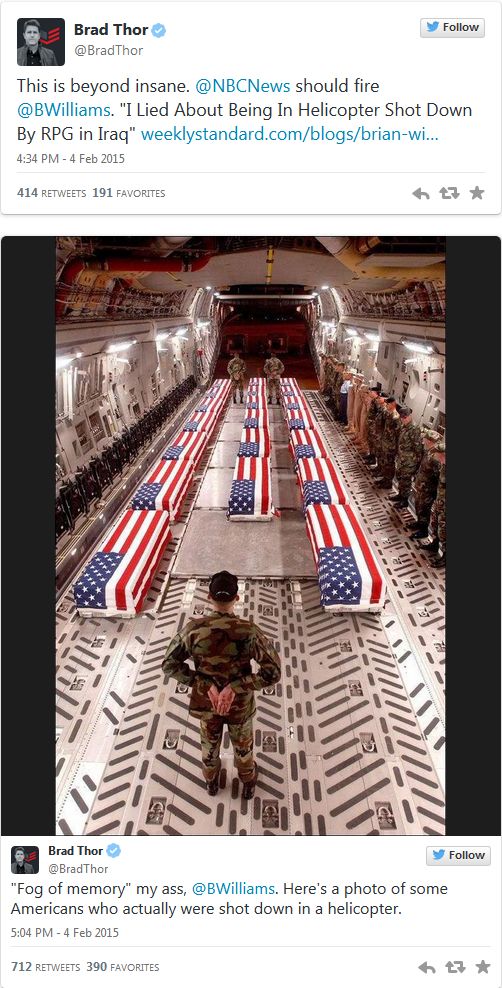 After NBC anchor Brian Williams recanted his longstanding claim that he was onboard a helicopter that was forced down by RPG and smalls arms fire during the Iraq War in 2003, best-selling author Brad Thor went on a relentless tirade against the embattled newsman.

Williams has repeatedly claimed that after his helicopter was forced down, he and his NBC News team were “rescued, surrounded and kept alive by an armor mechanized platoon from the U.S. Army 3rd Infantry.” He was forced to recant his story and apologize after soldiers who were actually there called him out online.

Thor argued Williams has no credibility left, called for his firing and even called him a “total a**hole.”

Read more about Williams’ recanted story as well as his full apology here[3].

Stolen valor much? So many good soldiers lost their lives because of RPGs… how dare this asshat try and paint himself as some kind of heroic journalist, willing to take fire to get the truth. It would be laughable if it wasn’t so nauseating and infuriating. You lie for a dozen years till the military forces you to tell the truth when they are no longer forced to cover for your sorry ass – now that’s real journalistic ethics. These sycophant media trolls can’t hold a candle to bloggers such as Michelle Malkin, who actually researches and reports the truth. #JustABlogger. 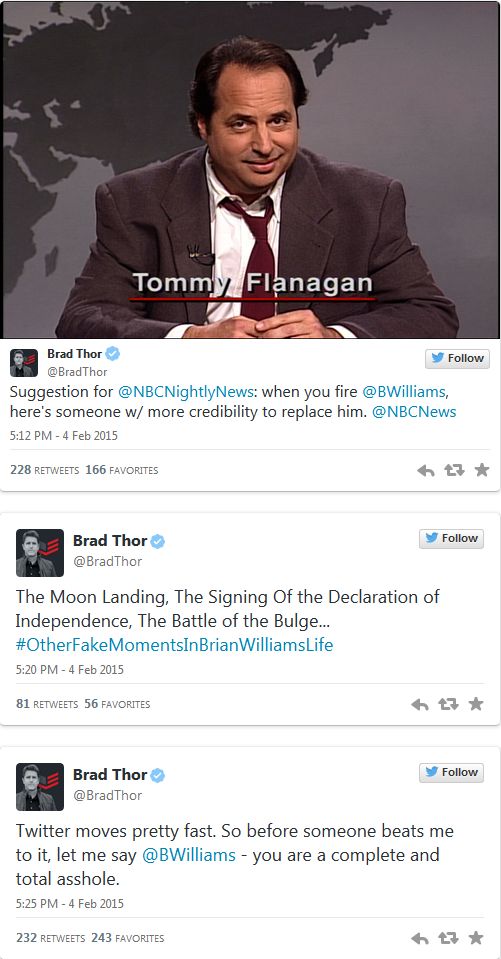