Points to O’Reilly on this one.[1] When Lindsey Graham (aka The Dancing Queen) appeared on his show, he indulged in his favorite pastime… Trump bashing. He accused Trump of saying that most illegal immigrants are rapists and drug dealers. The problem is, that’s not what Donald Trump said. O’Reilly pointed that out in no uncertain terms and defended Trump. He quoted Trump: “When Mexico sends its people, they’re not sending the best,” Trump declared when announcing his candidacy last June. “They’re not sending you, they’re sending people that have lots of problems and they’re bringing those problems. They’re bringing drugs, they’re bringing crime. They’re rapists and some, I assume, are good people, but I speak to border guards and they’re telling us what we’re getting.” If you are going to attack Trump you should do your homework first. 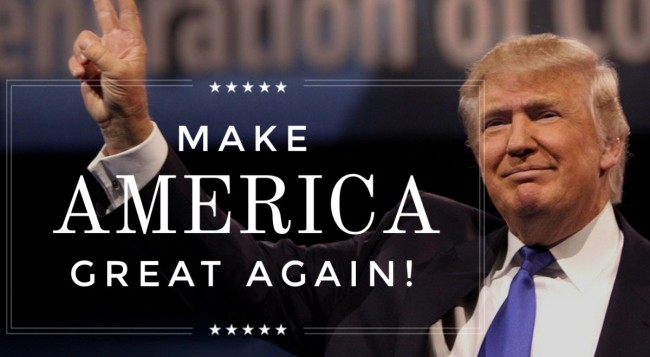 Being the front-runner for the Republican Party’s nomination for president, Donald Trump is inevitably going to come under intense fire. Opponents look for any chink in his armor, then try to exploit it to tear him down. From time to time, Trump bashers will just blatantly misrepresent things he said — here’s one such case where the critic got his comeuppance in a way that millions saw.

Former GOP candidate Sen. Lindsey Graham appeared on Fox News’ “The O’Reilly Factor” Thursday night, where he and host Bill O’Reilly discussed the top GOP contender whom Graham has not hesitated to lambaste in the past, having called him a “complete idiot[3]” among other things.

With the Republican presidential contest heading into his hone state of South Carolina, Graham said of Trump, “You’re not going to deport 11 million immigrants and their children that are born in the United States. That’s not practical. And when you say most illegal immigrants are rapists and drug dealers, you’re wrong….”

That prompted O’Reilly to interrupt. “He didn’t say that.” The Fox host went on to defend The Donald, “He was basically referring to the coyotes who bring up the people smugglers, who bring up the poor migrants to the border and they, as you know, have been abusing women like crazy all throughout Mexico. He didn’t articulate that the way he should have. But I did that interview, and I know what he was referring to.”

Trump never stated that all, or even most, illegal immigrants are rapists or drug dealers. Graham was the first to drop out of the Republican presidential race. I think he had maybe two supporters… himself and his sister. Just sayin’. Miss Lindsey threw his support behind Jeb Bush and has been attacking Trump for weeks. He’s like an annoying little dog yapping at you… a pest, but a laughable threat. I doubt that Trump even notices the attacks. Good for O’Reilly setting the record straight here. The candidates are fair game, but knock off the lies. Keep it clean and fair, Lindsey.