FOX Announced Next GOP Debate – Now TRUMP Responds With THIS!

It looks like Donald Trump[1] will indeed be at the next Republican debate on March 3rd and so will Megyn Kelly. Let the fireworks begin! Kelly has non-stop attacked Trump. To be fair, she has also gone after Cruz. Frankly, I don’t like her or her methods. She was very unfair to Trump last November. But Trump didn’t drop out of the last debate just because of Kelly… there was an insulting press release that Fox sent out and a number of other factors that were just untenable. I don’t blame Trump for not attending the last GOP fight fest. It was a set up. 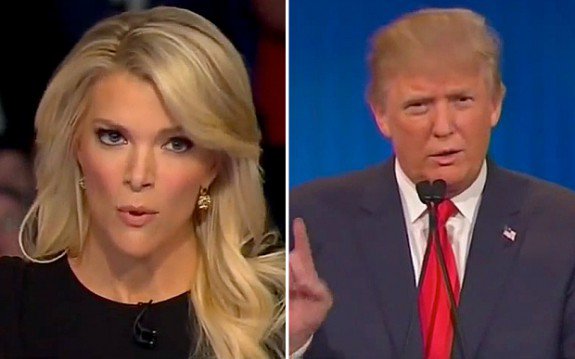 Since November Megyn Kelly has continued her critical reporting on Donald Trump. Most every night her show includes at least one Trump detractor who tears down the GOP frontrunner.

Donald Trump did not attend the last FOX News debate[3] in January before the Iowa caucus.

Today Donald Trump told Steve Malzber[4]g at Newsmax TV[5] he will be at the next FOX News debate with Megyn Kelly on March 3rd.

Fox News has announced their next GOP debate and lineup for March 3rd. The one candidate left out that was prominent is Carly Fiorina. I am not a fan of hers, but I don’t see that as fair. She’s still in the race and should be given a slot. There is no doubt that people pretty much tune into the debates to see Trump. Without his flamboyant personality overshadowing everything, it’s pretty bland. Especially since I don’t really consider these debates. They don’t let the candidates debate… they have them attack each other. It’s more like reality TV show which is right up Trump’s alley. The next debate should draw a record audience. I know I’ll be watching.