Tucker Carlson has just debuted a new show[1] on Fox News and it is taking off. It premiered with tremendous ratings. No thanks to people like Kimberly Carter, who falsely accused Carlson of raping her at a pizza parlor… one he was never at. Then she says she told her attorney and told him not to go after Carlson until she was sure. Sure of what? That she was raped or that it was Carlson? She claims her attorney threatened Carlson without her permission (not buying it). It cost Tucker $14,000 to fight the false accusations.

This woman then comes out and says it was all a big misunderstanding. That she was delusional at the time and suffers from schizoaffective disorder, a condition with symptoms similar to schizophrenia and bi-polar disorder. Sorry, that just doesn’t cut it or excuse this. She put him through the wringer and cost him a ton of money. When she didn’t get a pay day, she blamed it on her lawyer and a mental disorder. This woman is a slug. 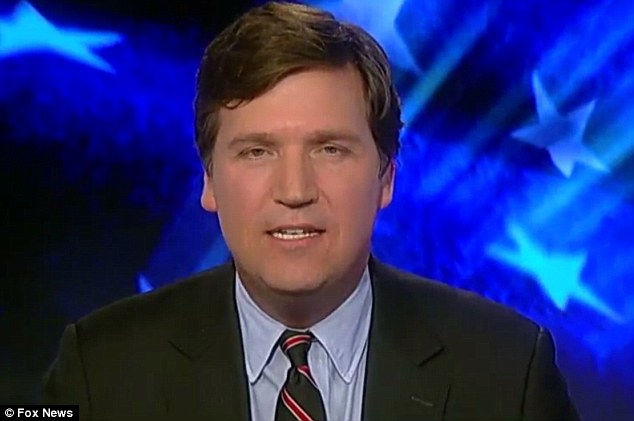 Tucker Carlson, the new golden boy of Fox News, could easily have lost his TV career years ago after he was falsely accused of rape, he has revealed.

The dapper host’s blossoming career – which has gone into overdrive since the huge ratings of his new primetime Fox News show – could have been cut short if the accusation contained in a lawyer’s letter had been made public in the early 2000s.

And now the woman who accused him has exclusively told DailyMail.com that it was all a misunderstanding – brought on by a mental health condition from which she was suffering.

‘I was delusional,’ admitted Kimberly Carter, whom Carlson, 47, named in his 2003 book, Politicians, Partisans and Parasites[3].

She also blamed her lawyer, saying he should never have written to the TV host threatening to prosecute him for sexual assault.

The TV star’s new show, Tucker Carlson Tonight, debuted last Monday, drawing in 3.7 million viewers – Fox’s biggest audience of the year during that time slot, according to Nielsen Media Research. The viewing figures were more than the audience for CNN and MSNBC combined. This woman’s lies could have ruined all that for an innocent man who doesn’t even know her. Thank God it didn’t.

In his book, Politicians, Partisans and Parasites, Carlson – who has been married to high school sweetheart Susan Andrews since 1991 – revealed that the false charges could easily have ended his career in television shortly after it began. That’s all it would have taken… that he slogged through it and persevered anyway says a lot about Tucker Carlson. He was accused while he was at CNN and if it had leaked, they would have canned him. No doubt about it.

Carlson’s story is a harrowing one of being stalked by someone who is mentally ill and by a lawyer who was nothing more than a weaselly criminal. Tucker made it any way and I congratulate him on his success. 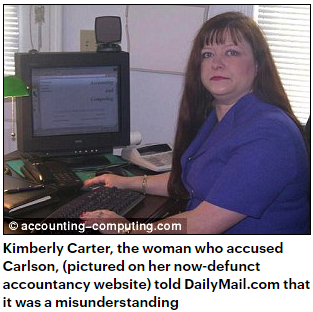 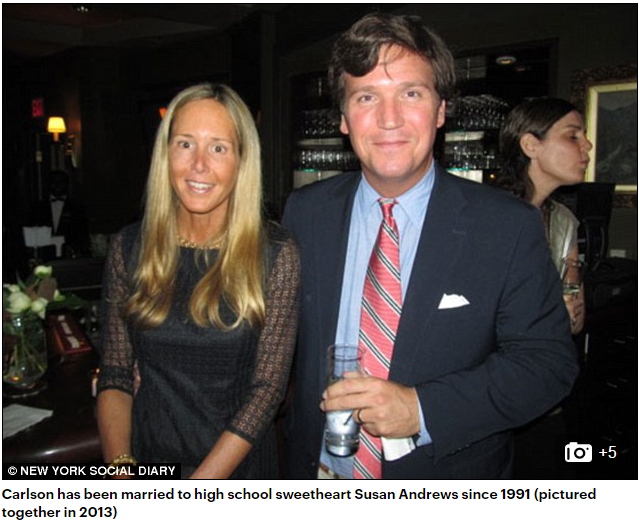 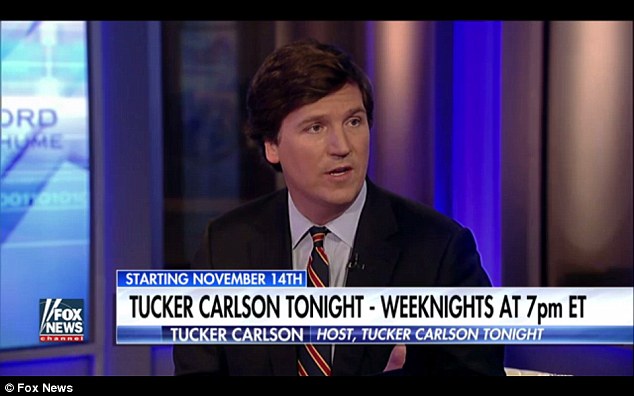 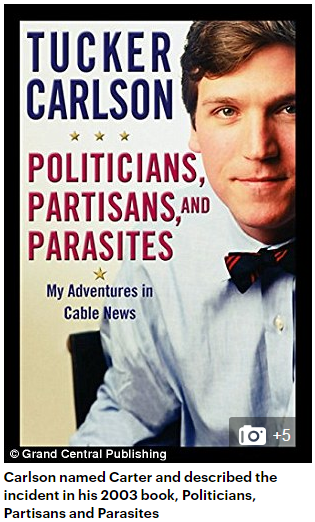