Hair Aflame, Dan Rather Shouts That Flynn Resignation Could Be Biggest Political Scandal of His Lifetime

Despite all the breathless headlines, a month from now no one will remember the Mike Flynn kerfuffle, which Charles Krauthammer aptly describes as a “cover-up without a crime.” In the meantime, Dan Rather screams that it could be the biggest political scandal of his lifetime.

Among the innumerable political scandals that dwarf Flynn talking about sanctions with the Russian ambassador and then foolishly denying it is the Rathergate scandal, in which The Dan attempted to derail George W. Bush’s reelection with crudely forged documents.

What are Rather et al. going to do when the Trump Administration gets bogged down in a real scandal? They can’t bark any louder than they are already, so no one will pay attention. 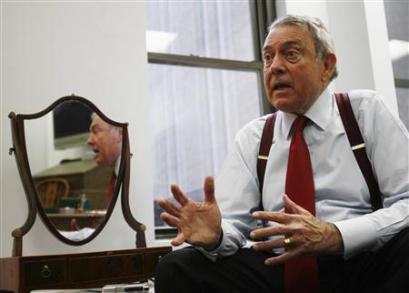