I think it is safe to assume[1] that Sean Hannity has had enough of this insanity. Debbie Schlussel, who is an attorney and a blogger, came out and accused Hannity of sexual misconduct. He then threatened her with legal action. Schlussel walked back her statements somewhat and said that Hannity had no standing to go after her because she was telling the truth. Well, I highly doubt that and it looks for all the world as if Hannity is going after her. Good. Hannity has the wherewithal to hire the best attorneys out there to protect his reputation from being maligned and Schlussel has attacked the wrong guy at the wrong time. He doesn’t have a sense of humor about this and he shouldn’t.

There have been many times I have disagreed with Sean Hannity… especially since Trump came along. But I have always heard he is a family man and a good person. A few years ago, when Erick Erickson of The Resurgent and formerly of RedState, was getting harassed by some thug, Hannity offered to pay for security for Erick out of his own pocket. When Erick got sick[2] and was in the hospital, Hannity came to see him. He was also there for Erick’s family. That’s the mark of a good person, whether we agree on everything or not. Debbie… well, let’s just say that over the course of the last 15 years or so, she has earned a reputation as being volatile, vicious and less than credible. There’s no way that anything she said about Hannity is true. Not a chance. 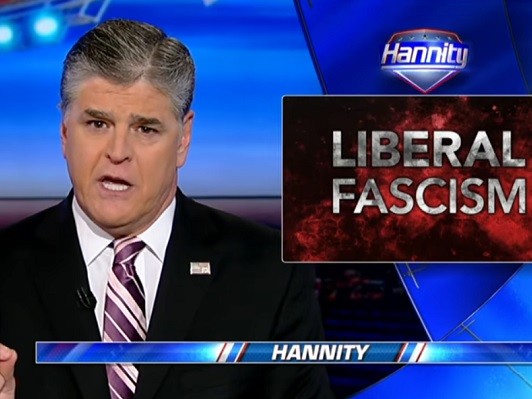 I have hired a team of some of the best attorneys in this country to work with me and on my behalf. Now, the breaking point came this weekend when an individual for over a decade has made the most outrageous, unfair, untrue allegations against me has now resurfaced by resurfaced by making ridiculous and completely untrue claims.

Now, this person went on a radio show on Friday and made more unfounded accusations against me, which this person is now interestingly recanting after I made my statement, but it was only after I responded to these baseless and false smears. This is not the first time I have had to deal with this individual.

Now, this person has repeatedly spread lies about me. I’ll give you an example. Back in 2010, I was raising money for the Freedom Alliance, a charity that offers college scholarships to the children of killed veterans and their families. And in a blog post, the individual falsely accused me and members of the charity of skimming and stealing money that was donated.

This of course was easily proven false. And, in spite of the fact that we proved each and every single allegation to be untrue and inaccurate at the time, I was never given an apology. There is no correction that was issued.

Hannity announced on his show last night that the gloves were coming off over these smears. Schlussel has been maligning Hannity for years, making crap up and figuring there was nothing he could do about it. But there is and he’s doing it… he’s retained counsel and anyone going after him will be met with that. Sean is smart enough to know that the left is coming after him as well at Fox News. But he’s not just going to wait for it to happen… he’s making a statement here. He’s going to fight and that is the right thing to do.

This is a man who has donated a tremendous amount of time and money to the military. He’s a devoted family man. He’s helped a lot of people and he’s earned every bit of what he has. I think Debbie wanted to be in the limelight. Congratulations! You are, just not the way you intended. And while Sean is fighting Schlussel and leftists, he will also be fighting for conservatives’ right to speak their minds. Because there is a coordinated effort underway to silence each and every conservative voice out there. Sean is right… if we don’t fight this now, there won’t be any conservative voices to be heard soon on TV, radio or on blogs such as this one. We have to take a stand now or our freedom of speech will be no more.