In the wake of Roger Ailes and Bill O’Reilly being forced from the Fox News family following sexual harassment allegations, a new accuser has spoken up against Sean Hannity. Debbie Schlussel – who in my opinion is a certified nutcase – has recently accused Hannity of sexually harassing her.

She also claimed that when she denied his “advances,” she was “banned from Fox News.”

Despite later efforts to walk back her story, people have been digging into the history of this “serial harasser” and what they are finding is nothing short of appalling. 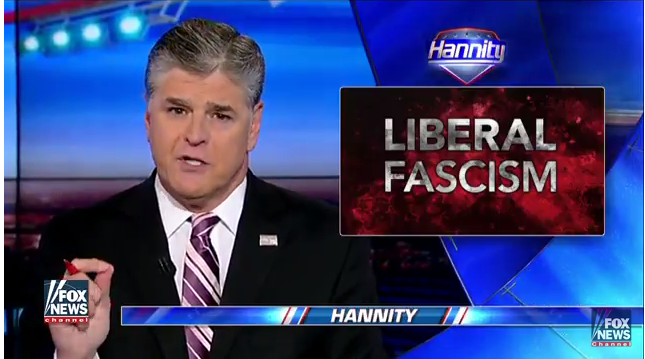 Schlussel has a documented history of making horrifying and blatantly false accusations against conservatives whom she does not like Right Wing News owner John Hawkins, who has had a taste of this himself, which you can read here[2].

There’s a reason that people (not even the most liberal among us) are not running with this story and trying to get Hannity ousted.

The conservative radio show host addressed the accusations against himself on Monday night’s episode of his Fox News show. During the monologue, he recounted an incident from 2010 that involved Schlussel making false accusations and never issuing a correction even after it was proven to be false.

Now, this person has repeatedly spread lies about me. I’ll give you an example. Back in 2010, I was raising money for the Freedom Alliance, a charity that offers college scholarships to the children of killed veterans and their families. And in a blog post, the individual falsely accused me and members of the charity of skimming and stealing money that was donated.

This of course was easily proven false. And, in spite of the fact that we proved each and every single allegation to be untrue and inaccurate at the time, I was never given an apology. There is no correction that was issued.

Of course, Freedom Alliance issued a rebuttal of her accusations at the time, which you can read here[3].

“Freedom Alliance has never provided planes, hotels, cars, limos or anything else to Sean. Sean gets nothing from Freedom Alliance except our gratitude for his personal generosity and for all he has done to help the troops and our organization … Sean pays for all his own transportation, hotels, and all related expenses for himself and his family and friends and staff, which over the years has added up to tens of thousands of dollars. He does not use any Freedom Alliance Funds or Concert funds in any way, period.”

It’s clear that this woman needs professional help, as she is a habitual liar who is in desperate need of any kind of attention she can get.