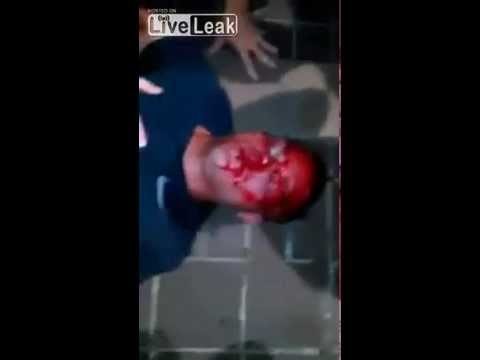 Cincinnati police have flip-flopped again on whether the beating of a white man by a mob of Black youths on Saturday night was a hate crime.

The attack on tourist Christopher McKnight from Albany, Indiana was initially called an “anti-white” hate crime[5] in a report filed after the incident by Officer Alicia Essert. 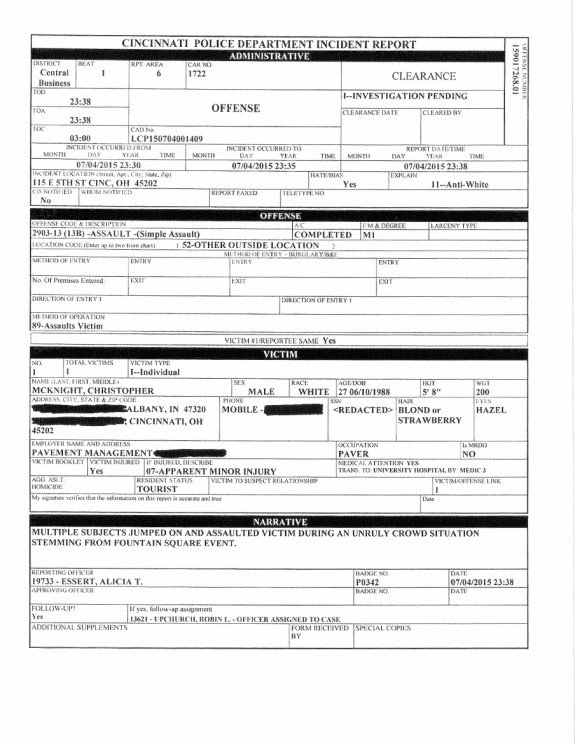 At a Monday press conference[7] police spokesman Mike Neville said that the police department was not calling the attack a hate crime, that the report was a “mistake” and just the opinion of Officer Essert because the attackers were “the opposite race” from McKnight.

The bloody beating of McKnight was part of a Fourth of July race riot[8] that took place after a hip hop and electronica concert at the Fountain Square tourist area near the Great American Ball Park where Cincinnati is scheduled to host Major League Baseball’s All-Star Game[9] next week.

Video of a crowd of mostly Black men and women[10] laughing and mocking the bloody-faced McKnight as he was sprawled unconscious on the sidewalk went viral online and in the media. McKnight suffered a concussion, broken nose and facial wounds.

A second video[11] showed an early part of the attack where several Black men can be seen attacking and stomping on McKnight. The well-built 27 year-old McKnight works as a paver, which explains why he did not go down without a fight.

Two officers were also injured in the riot. Rocks, bottles, fireworks and punches were reportedly thrown at police. Seven people were arrested including three juveniles.

“Cincinnati Police Chief Jeffrey Blackwell has reconsidered and is asking Hamilton County Prosecutor Joe Deters to pursue hate crime charges in the Government Square attack that left a white man beaten and bloody on the Fourth of July.

“Police Officer Alicia Essert called the beating “anti-white” in the incident report, but at a news conference about the incident, Cincinnati Police Capt. Mike Neville backed off that claim, calling it a “mistake.”

“A news release from the police department issued Wednesday did not explain the reversal.”

Since they have plenty of video, they should be able to track down some of these ‘black youths.’ They should also throw the book at those standing there laughing and egging it on – charge them as accessories. What a bunch of freaking animals. That guy could have easily died there on the ground – no one seemed to be in a hurry to call 911, but let’s snap another selfie! Look at the bloody white dude! Geez. This guy was beaten because he was white. That’s as racist as it gets. Welcome to Obama’s change – race riots in America’s streets. If you’re black, then they scream to the heavens. If you’re white, not so much[13]. 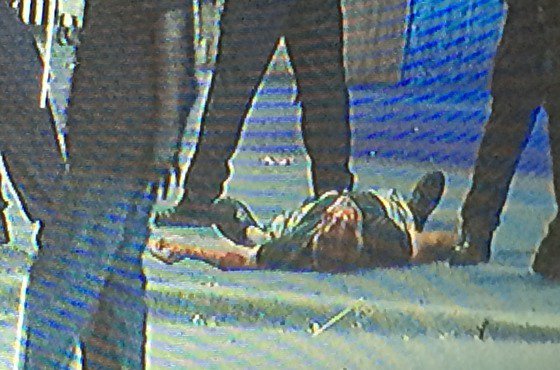 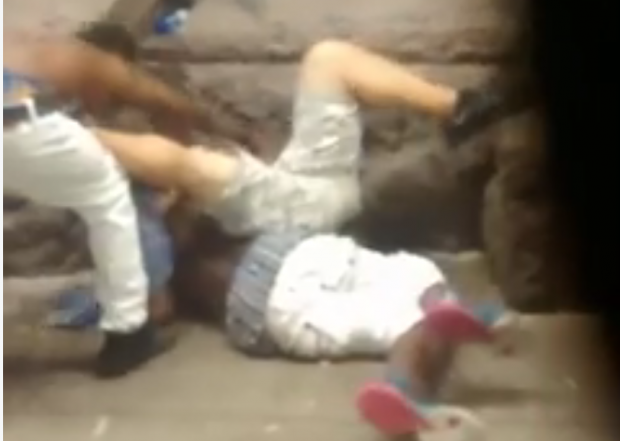