Heartbreaking: MSNBC and CNN Lose Almost Half Their Audience in One Year

CNN and MSNBC took a beating over the last year, both channels shedding close to half of their audience[1]: 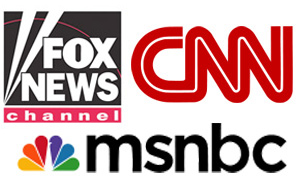 The numbers were even worse in the all important demographic of people aged 25 to 54 as CNN’s ratings dropped 59 percent and MSNBC’s 52 percent.

In an off-election year, and with last November’s numbers skewed higher as a result of the presidential election, it should be expected for ratings to decline.

However, Fox News didn’t see close to these losses. In total day, FNC is only down 18 percent since last November and 30 percent in the demo.

While Fox is down too, it’s nothing like the liberal networks. It’s like rats leaving a sinking ship.