If T-Paw Is Picked, We Need To Make Peace With It

As buzz around Mitt Romney’s VP pick intensifies, many on the right are pushing hard for Paul Ryan. : After AFPF’s Defending the American Dream Summit,: Robert Stacy McCain, on his drive home, actually pulled over to a local Burger King to declare his support for Ryan as Mitt’s running mate[2]:

There is no time now to fully explain: the emergency nature of this post, but let me quickly: make three points:

Driving home, this worry weighed heavily on my thoughts, and so I called a well-connected and experienced conservative journalist to talk about it – and he’d heard the same basic thing: Pawlenty might already have the VP spot locked up, said my friend, who happens to be a supporter of Louisiana Gov. Bobby Jindal. According to my friend, the word is that T-Paw is at the top of the list, with Ohio Sen. Rob Portman the nearest rival. And this is even worse news. While I like Portman OK, he’s a Bush guy, and we don’t need any ghosts of the Bush administration haunting the GOP in 2012. 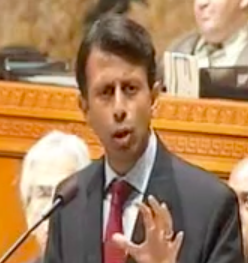 Yes, I was there as Mr. McCain held court at the bar articulating his disappointment if T-Paw is picked. To some degree, I agree with McCain that Pawlenty is beyond soporific. : He’s less exciting than Antique Roadshow. : However, there are reasons why I would like a boring VP pick. 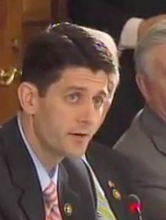 In a discussion with Warner Todd Huston, my fellow Right Wing News colleague and Breitbart contributor, along with other conservative activists at the AFPF Dream Summit, he said the VP spot is where political careers go and die. : If you think about it, it’s mostly true. :  Have you seen Dan Quayle lately after his failed 2000 bid for the presidency[6]? : Al Gore was in a documentary associated with the now discredited climate change movement, got wrapped up in a massage scandal[7], and got divorced. : Walter Mondale, Hubert Humphrey, and Nelson Rockefeller are all on the butcher’s bill. : The only time a VP has moved on to something better is when the sitting president died or resigned.

With that being said, Bobby Jindal, Marco Rubio, and Paul Ryan are all young. : Ryan is 42 and both Rubio and Jindal are 41. : Do we really want to abort the political careers of our movement’s rising stars? : Paul Ryan is Chairman of the House Committee on the Budget. : A powerful position that exudes more influence on policy than that of the Office of the Vice President. : He’s also in a relatively safe congressional district. : Rubio is just starting his senate career and who knows where that could lead him in coming years. : Jindal’s education reforms[8] have been praised by conservatives[9]: and he could be a good candidate to challenge Landrieu in the next senate election.

Now, Rob Portman is a Bushie. : Not to mention, as George Will astutely pointed out[10], that the VP pick has often failed to carry his or her home state in the general election:

Yet, Will also highlighted Jindal and Ryan’s broad political experience and grasp of the critical issues. Hence, George Will also wants a “heavy hitter” on the Republican ticket. : However, he also wrote that “for the next decade, American politics will turn on this truth: Slowing the growth of the entitlement state is absolutely necessary and intensely unpopular.”

Agreed. This is a long fight and it doesn’t help that this position, historically, will kill the political careers of the people we need in this war against government dependency. : We need a VP candidate, but we shouldn’t be so hesitant to feast on the new flesh of the conservative movement.: In 9 out of the last 10 presidential election, the candidate with an edge in the polls 100 days out won the election. : Romney and Obama are in a dead heat. : It’s an unpredictable election year, which also makes it kind of fun.: T-Paw may be it. If that’s the case, we need to make peace with it. : Just as we all have made peace with the fact that Romney will be our nominee this year. : From what I’ve heard at the Summit, it appears T-Paw is a lock.