Just Pathetic. There is a Republican Debate Next Week. Guess What Everyone is Discussing…

Allen West lays it out like no one else can.[1] He’s right… America is coming apart at the seams and we are discussing, 1. Donald Trump on Saturday Night Live, 2. Dr. Ben Carson being offered a scholarship to attend West Point and 3. Carly Fiorina addressing the shrews of The View about her face. WTH? We are bankrupt, Obamacare is predictably going down in flames, our borders are wide open and refugees are flooding our states, we have an unemployment rate north of 30% and our enemies are circling us like vultures at a roadkill buffet. Yet, we go for gossip, entertainment and salaciousness. It’s the ultimate in breads and circuses and we are falling for it. America, are you not entertained? 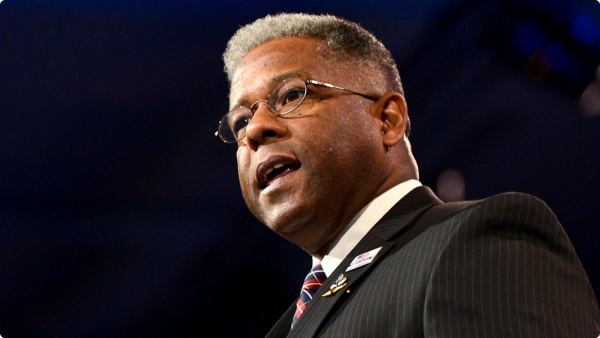 Next week is the next GOP presidential primary debate, on Tuesday in Milwaukee, hosted by Fox Business News. So here we are going into the weekend prior to this fourth GOP debate, and what are we all talking about?

We are heading into the weekend talking about Donald Trump being on Saturday Night Live. We are being inundated by a back-and-forth about Dr. Ben Carson[5]supposedly being offered a scholarship to attend West Point — you only receive an appointment to the Service Academies. And the media spent a whole day on candidate Carly Fiorina being on The View — she performed well, but that should not be a national focus.

Ladies and gents, this is precisely why our nation is suffering. The media does a darn fine job of not addressing the issues that are threatening the Republic. Instead it is about distractions.

This is what distresses me more than anything: our election cycle for president resembles a reality TV show rather than a test of statesmanship and leadership to guide this country out of the morass in which we find ourselves.

I want to know why is the media so concerned about Ben Carson being a bad kid and not about Hillary Clinton or Barack Obama’s incessant lies? This is why many on the conservative right are giving the liberal left media the finger, especially after the CNBC debate, because they’re tired of the evident duplicitous double standard.

We have the Federal Reserve Chairman, Janet Yellin, doing everything possible with insidious monetary policy to cover the failure of this Obama economy. We have undergone iterations of quantitative easing consisting of printing money in order to monetize our debt and “stimulate” the economy. And folks it’s not working. The media has supported false narratives such as “hands up, dont shoot” and the liberal progressive left is propping up fake movements such as “black lives matter” while blacks are being killed at record rates daily by each other and by abortion providers such as Planned Parenthood – but there is nothing but silence.

We have budget deals crafted in the middle of the night[6] that kicks the deadly can of our debt down the road. We have crony capitalism, corporate welfare programs like the Export-Import bank[7] attached to the highway transportation bill and voted for reauthorization. Why does the media not take the time to educate and inform the American people on these issues? It’s simple — they don’t want American citizens to be educated and informed. They wish the American citizen confused and distracted while they enact their ideological agenda.

But you know what? WE allow this to happen. We run around more interested in the Kardashians and Dancing with the Stars. We can tell you, as a nation, more about who won last year’s American Idol, and we award courage awards to a guy in a dress and high heels, while we discharge a decorated Army Green Beret[8] from the service for punching out an Afghan police officer who raped a 12-year-old boy and beat his mother. This while we promote the belief that a deserter[9] served with honor and distinction and doesn’t deserve punishment.

Yes, record numbers of people are tuning in to the debates, but why? Are they watching to become edified and enlightened about the issues, or just seeking to be entertained? And how many Americans know who is Kate Steinle is, or understand what is a sanctuary city?

Do we know what the troop levels are for our U.S. military branches and how their capability and capacity are being decimated? How many know what the National Defense Authorization Act (NDAA) is intended to do? Do we know what it means when someone says we’re living in a 1936-1939 world at this time?

It appears we’re witnessing art become life as we live in a Matrix world — albeit, there are some who have unplugged. However, many are still plugged in and providing the energy for the machines — the machine being the apparatus, the media, that feeds off us and maintains the existence of those who are being elevated into positions of power.

What I see happening is just a bunch of misdirection and we’re like the dog that reacts to the squirrel. We’re like lab rats being manipulated to produce the results our experimenter’s desire. And when our usefulness is done, we’re fed to a snake.

If Americans don’t stand up and force this country back onto the right track and soon, we will fall even more spectacularly than Rome did. Our country was based on Judeo-Christian beliefs, the Constitution and our brave and enduring spirit. Now, Marxists run the show and the family unit and morality are all but destroyed. Obama has another year left. He can do untold damage in that time frame. I pray we survive long enough to get a conservative into office and start undoing some of this catastrophic damage before our enemies attack us for real. Right now, Americans are sleep walking into a Hillary coup and that will be the end of the Republic. Do you really think the New Axis of Evil: Russia, China and Iran will leave us untouched in our weakened state? Not a chance. We should be talking about righting our economic ship, military strengthening and deployments, not who is better looking, what they did as kids, what schools they did or didn’t go to and whose hair is real. Time to get serious guys before it’s too late.