One of my favorite movies is the Postman, with Kevin Costner. He’s a great actor and someone I admire[1], even though I don’t consider him a true conservative. I really think he will love the movie American Sniper. Costner gets his historical references here exactly right. The Militia during the Revolutionary War were expert snipers – they had to be. You couldn’t take on the British Army head on and win. Their numbers were too great and so was their artillery. War is hell and snipers are soldiers with a special skill set. I consider them brave souls who do the dirty work that has to be done to win and save lives when others can’t or won’t. Moore isn’t fit to polish Chris Kyle’s boots or gun in my opinion. 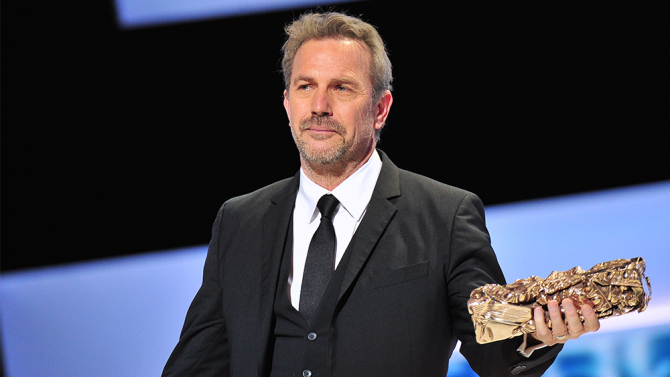 It’s been an interesting few weeks for Hollywood, with the debate on the film American Sniper drawing in pundits and celebrities from across the political spectrum to weigh in on the number-one winter blockbuster of all time.

While appearing on Laura Ingraham’s show, Costner was asked about Michael Moore’s comments[8] that snipers like Chris Kyle were “cowards.” Costner had some great points, and some sage advice for Moore:

I’ve had to remark on it. I get hit on it going down this red carpet and I’m think, ‘Jesus Christ, I’m not Solomon,’ you know?

But I did take exception to what Michael Moore said. I mean, we practically invented the sniper in the Revolutionary War when we couldn’t take on, hold back the British. And that was the formation, if you look at historically about snipers. I think coward is just too strong of a word. And I think he oughta be smart enough to take it back, brave enough to take it back.

Costner even cut Moore slack, perhaps unaware that Moore made the comments on Twitter and Facebook with plenty of time to process what he was communicating:

When you’re the victim of something, yeah, you can have a perspective. But I think when you get that microphone and you’re a little glib and a little fast, you end up saying stuff like that. And he would have trouble saying that to a roomful of men that go out as young guys, boys, and they’re assigned things because of a skill set, and then they go out and they do it the best they can. So, I didn’t like it.

Kevin Costner was being diplomatic about his remarks, but it is clear that even people who don’t want to wade into politics tend not to be really happy with broadsides on entire sections of the military.

Moore calling snipers “cowards” is pretty far off the mark, and it looks like the days when Hollywood can push out such one-sided narratives without effective pushback are coming to an end.

There are many more conservatives in Hollywood than anyone realizes and they are good, hard working people. Many are Christians or Jews, but all love the Constitution and the Republic. Moore maligned our warriors – the greatest and bravest among us – when he called Chris Kyle and snipers like him cowards. America is waking up everywhere and we are tired of Marxists calling us names, regulating us to death and trying to control us. The only coward I see here is Michael Moore, Howard Dean and others on the Left who would run and scream like little girls if they even thought they saw a bad guy. Kyle lived and died a hero and they’ll never get over that.