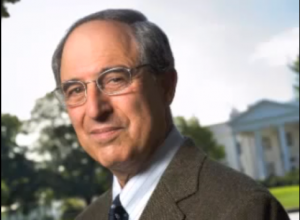 Apparently, some Democrats believe the recent string of ads against Romney are justified due to Bush’s Swift Boat Vets back in 2004. Appearing on America’s Newsroom on July 16th, Lanny Davis, a Democratic operative, was shocked that Karl Rove would have such disgust towards this media blitz by the Obama campaign. : Mr. Davis apparently is still waiting for a response from “George Bush in 2004 [since he] didn’t say anything about [the] swift boat ads.” : Nice pivot Lanny. : Perhaps it could be a little payback for Bush’s hazing of Lanny when he attended Yale.: [2]

Regardless, it seemed both sides agreed that the comments made by Obama:  Deputy Campaign Manager Stephanie Cutter were way “out of bounds.” National Review editor Rich Lowry was especially upset about this recent development. However, Davis kept going back to 2004’s Swift Boat ads.

LANNY DAVIS:: There is no doubt it’s an effort to distract and there is no doubt– I agree with Rich 100% that suggesting it’s a felony is way over the top. And if we stick to the facts Mitt Romney wasn’t running Bain Capital when he was running the Olympics period. Innuendo and suggesting felonies is way over the top. So I agree with that. The American people want to hear about the economy and I agreed with Karl that they are making a mistake not focusing on independent voters whether they’re getting turned off by this food fight.: But give me a break, Rich, about outrage and all the adjectives, the swift boats felt betrayed therefore they could lie about John Kerry’s disgusting smears in the swift boat ads. And I didn’t hear Karl outraged about that.: Every time I hear you or anybody on Republican side use adjectives about negative ads– I say wait a minute.

First off, this is an extraordinary circumstance. : The Obama campaign is making egregious allegations that Romney is hiding something illegal or he lied on his SEC report. : Furthermore, George Bush never accused his opponent, Sen. John Kerry, for committing a felony. Swift Boat Vets was a 527 group unaffiliated with the Bush campaign. : Stephanie Cutter is senior staff on the Obama campaign.