The liberal response to the current trio of scandals surrounding Obama (persecuting the Tea Party with the IRS, going after the AP and James Rosen, and Benghazi) varies from “All is well and there’s nothing to see here” to admissions that Obama is being badly damaged. Of course, these scandals are going to wear Obama down. After all, his pitch to the American people was that they can trust big government with their lives and their freedom and yet now, his administration has been reduced to arguing that they’re too clueless and incompetent to know what’s going on as opposed to completely corrupt. 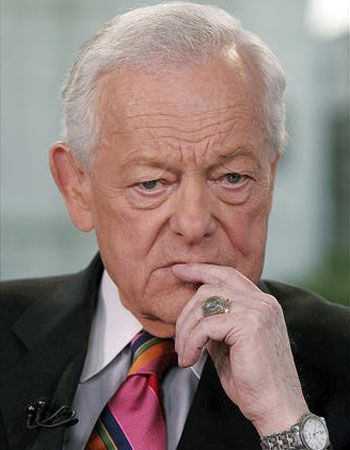 It has gotten bad enough that even CBS’s Bob Schieffer is being forced to confront reality[2].

…Schieffer said he was glad that Obama had asked Attorney General Eric Holder to review the department’s guidelines for investigations that involve journalists. But Schieffer questioned whether it would be effective, since Holder has taken a direct role in at least the Fox News case.

“The President needs to rethink his entire communications policy, top to bottom,” he said. “It is hurting his credibility and shortchanging the public.

“And to head the review, how about someone other than the Attorney General, whose department is so deeply involved? That makes no sense to me.”

This is the administration that chose a man who cheated on his taxes to be Treasury Secretary, that funneled hundreds of millions of taxpayer dollars to its campaign contributors at doomed Solyndra and that used executive privilege to try to cover up the people it got killed in Fast and Furious.

But now the Obama Administration is finally losing credibility with Bob Schieffer. Wow, Bob seems a little slow, doesn’t he?

However, we all know what he really means: He really means that the Obama Administration is so corrupt, so dishonest and so dirty that even Bob Schieffer is starting to feel a little embarrassed trying to explain it all away to the public.