Limbaugh Speaks Out To Pence: ‘Why Vote Republican, Dems Get Their Way Anyway…?’ [VIDEO]

Tuesday on his nationally syndicated radio program, conservative legend Rush Limbaugh showed that he was fed up with the tactics in Washington, especially the ones in the Trump administration. He had an interview with Vice President Mike Pence lined up and he wanted to focus on one particular subject[1] that was really bothering him – the outrageous spending bill anticipated to be passed through by Congress and sent to President Donald Trump to be signed into law.

This should have been a victory march for conservatives, but the Republicans have not decreased spending, but increased it. Also, cutting? Forget about it. The one section of the bill that is an insult thrown in the face of every life cherishing human on this planet…is the continuance of taxpayer funds being poured into Planned Parenthood for the killing of human babies.

Republicans don’t deserve a single vote. We might as well just treat them like the Democrats, because they are cheering for victory that they get what they want out of the bill, including zero option of funds to build a southern border wall. 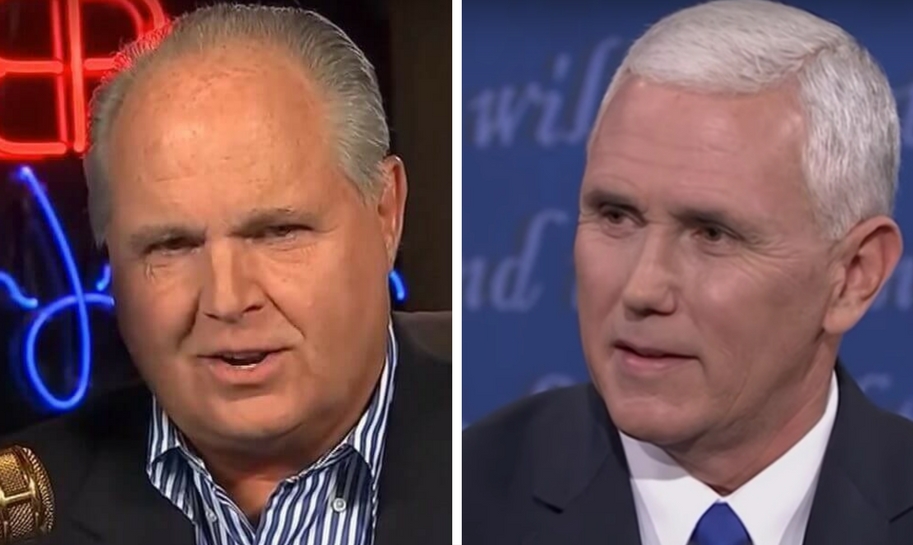 Limbaugh asked the Vice President a very straight forward question, what was the “point” of voting for Republicans if they were going to continue to give Democrats victories?

In John Hawkins’ new book, ‘101 Things All Young Adults Should Know’, he teaches in number 16, “Be nice until it’s time to not be nice.” Rush is right here and it’s notable that Pence did what politicians do and talked around a straight question.

Does it matter who is in the White House? No. What matters is are they doing right by the American people. Rush seems to be frustrated with the results of the Republicans horrid budget and wasn’t beating around the bush with Vice President Pence. It would seem that we are still dealing with politicians.